Well, a couple of weeks ago, Lean In and McKinsey released researchthat showed that, despite all the leaning we all did, there’s been no advancement of women in business. None, nada, nothing. As the study put it: “Progress has not just slowed — it’s stalled.”

Well, I’m actually feeling more hopeful these days. Here are the 12 reasons why:

1. Because we are recognizing the real issues that hold us back at work.

This stall-out is not our fault — it’s that so many workplaces don’t work for 2018. I recently read an article that connects corporate wrongdoing with a culture of leadership as an extreme “contest.” The “winner” is more or less the last person standing. (Yes, we’re looking at you, financial services.) No good for most women … or for most men, either.

2. Because, when we come together, we can change those workplaces.

Like Uber. Nike. NBC. CBS. And most recently, Google.

3. Because, when we put our minds to it, we can elect a huge wave of women to office.

124 women elected to Congress … and still counting. The “Black Girl Magic” campaign in which 17 Black women won judgeships in a single Texas county.

4. Because young women understand that there is more work to be done.

Many of my generation were told that “we could do anything” and believed that the work of gaining equality was done. This generation realizes that they can do anything … but that they have to fight for it. And they’re willing to.

5. Because I am hearing from women who have “made it” that they are recognizing that their own success was an exception, not the rule.

And they are increasingly looking to support other women who are on their way up. Like All Raise. TIME’S UP. The 3% Movement*. And the women who are talking to us about putting their money in investments that support and advance other women.

6. Because women who have built significant followings are using their platforms and their power to advance other women.

7. Because we have more options if our workplaces don’t work well for us.

8. Because we have more ways than ever to know how much we should be paid.

We’ve got Payscale, Salary.com, Glassdoor, Fairy Godboss. And a growing number of women willing to talk about it in forums like Ladies Get Paid.

9. Because we’re becoming more aware of other money inequities that eat away at us.

And we’re doing something about them, whether it’s the tampon tax (now voted out of existence in 10 states) or the 17,000 of you who are investing with Ellevest to give yourselves the future your mothers and grandmothers couldn’t have dreamed of.

Like Rent the Runway, Bumble*, StitchFix, The Honest Company, SoulCycle, ClassPass, TheRealReal, Maven, and The Wing, among others. And research suggests that startups run by women have 63% better returns than ones without women in their leadership teams.

11. Because more people and companies are beginning to support women entrepreneurs.

I’m thinking of newly created funds like the Bumble Fund* to invest in women founders, Backstage Capital’s “It’s About Damn Time” fund for Black women founders, and Essence Ventures’ New Voices fund for women entrepreneurs of color. And those badass women of AllRaise.

12. Because we are recognizing that our money also represents power.

84% of women are interested in learning more about investing for impact. Imagine if we were to mindfully direct the $5.1 trillion of investable assets we have, and the 80%+ of consumer spending that we control.

These 12 things show us the power of what we can do. The things we can’t achieve alone — no matter how successful we are in our jobs, no matter how much we strive — we can do when we come together to find ways to support other women in new, and stronger, and more innovative ways.

You can learn more here. 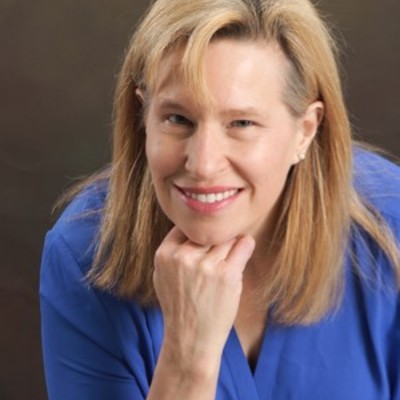 Love to hear some positivity. Indeed - there is some depressing news out there, but some positive factors we can continue to encourage. Let's keep the good work going!