Tired of Talking About Diversity? 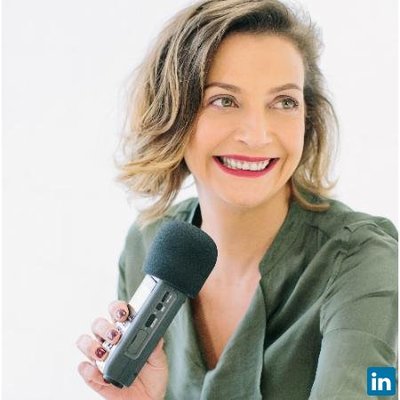 I was inspired to write this following a recent tweet thread in which a large number of women made the point that they don’t want to talk about diversity anymore. Instead they want to talk about their subject expertise. I hear that - I’d much rather use my energy discussing a topic that I am not only passionate about, but considered an "expert" in.

It’s not that I don’t believe in diversity anymore - it’s the opposite. The argument has been made and won: Diversity (and inclusion) are good things. Both are good for individuals, teams, communities, organizations, and the bottom line. The research makes this abundantly clear.

And yet, we know diversity and inclusion aren’t always easy. The WEF’s latest findings suggest we’re centuries away from gender equal pay - 202 years, to be precise. Changing the world isn’t easy; even when it’s the right thing to do, we are often loath to do it. And “doing the right thing” isn’t enough. We also have to worry about “doing the thing right.”

[Related: Don't Talk the Talk If You Won't Walk the Walk]

“Should we have quotas or not?” is my favorite example of a dilemma we face when thinking about doing things right. There are arguments on both sides, and honestly, I don’t have the answer - I believe it’s often best judged on a case-by-case basis. But again, I’m tired of talking about it, because it sometimes feels like we’re using a lack of complete certainty about how to do it right to stop ourselves from doing anything at all.

What happened to trying things and breaking them, and then doing them again? If it’s good enough for technology that’s changed our world, isn’t it good enough for bringing diversity and inclusion (two known goods) to the workplace more quickly?

I also feel we need to readdress our common definition of diversity; we talk about skin color and gender, and of course both are important. But there is a lot more to the diversity conversation. There is religion, generation, education, and everything that goes into making each of us so much more than the components that make us up.

We are these fabulous “messy” packages, made up of every experience we’ve had. And when we understand that, we can acknowledge all our differences while still celebrating how much there is to unite us. Some things are universal: We care about being loved, respected, and safe. It may be that we manifest these desires differently, but they are universal. We all want to belong.

[Related: CEOs and the Importance of Talking About Gender Equity]

As social science researcher Brene Brown describes it, we have an:

Innate human desire to be part of something larger than us. Because this yearning is so primal, we often try to acquire it by fitting in and by seeking approval, which are not only hollow substitutes for belonging, but often barriers to it. Because true belonging only happens when we present our authentic, imperfect selves to the world.

That’s what really unites us. We are all “imperfect” selves who want to be acknowledged by others. We want to be seen, heard, understood, and listened to. Ideally, we want to be agreed with, but if all the other things can be managed, then we can probably still have a relationship, even in the absence of agreement. We can see the things that make us the same, and that allows us to accept the “imperfect” difference.

This kind of approach to communicating with others gives us the best chance to really hear and be heard, and to include others, no matter how they are different from us.

Diversity is about tolerance of difference. And it can be difficult to tolerate difference. Sometimes it can seem impossible to reach across a divide, and maybe it isn’t possible to get the whole way. But we can get closer to understanding others.

It’s hard, but if we want to close the gaps that divide us, it’s a necessity for us all.

[Related: Hire Women. Promote Women. And Talk About It]

Dawn Metcalfe is Managing Director at PDSi, which helps individuals, teams, and organizations get even better at what they do.

Having worked in seven countries ranging from when she was a teenager in Ireland through to her time teaching teachers in China, to her now home in Dubai, Dawn Metcalfe has worked with leaders at all levels around the region and beyond to change the way they see the world, their behaviour and their impact on others.  As well as authoring The HardTalk Handbook and Managing the Matrix, she is also the founder of Dubai-based... Continue Reading

Meet experts like Dawn to talk about how to use these ideas in your career:
I'm Ready to Meet the Community