We Create Our Own Monsters 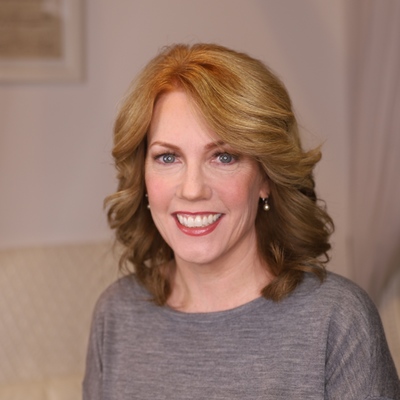 Some of the best business advice I ever got came from my mother-in-law, Jane. She was the mother of thirteen children, and one of the smartest people I’ve ever met. An expert on human behavior, she always said that if she hadn’t been so busy being a mom, she would have loved to have been a "businesswoman." Knowing her as I did, I can guarantee she would have been great at it.

Around twenty years ago, I was pretty new at the parenting thing. Aidan, my oldest, is what parenting books then called a "spirited child." He was, in fact, a holy terror.

His daily meltdowns were legendary. Often, the trigger had something to do with things not going his way on his Thomas the Train table; the tracks were not lining up, or a caboose had gone missing. Without thinking, I would regularly stop whatever I was doing to swoop in and help. I’d take away this piece of track and add another until it all connected in a loop and Aidan could run his trains. Then I’d get a couple more minutes of quiet until the next inevitable eruption.

To her credit, Jane used to watch all of this over her shoulder and stay quiet — which frankly, drove me crazy. One day, ready to murder my child, I waved the white flag and asked her for advice. Surely, with all of her experience, she had a parenting nugget for me.

Jane thought for a good minute and paused before saying, “Beth, we create our own monsters.” She went on to say, “What are you teaching him when you drop everything to fix it for him?” Boom. Well, there was a brilliant glimpse of the obvious.

The parenting lesson I learned from my mother-in-law was a gift. It gave me the perspective to recognize those moments when I was contributing to my child’s bad behavior.

A few years later, this lesson would repeatedly surface when I became a business owner. I couldn’t help but hear, "We create our own monsters," particularly when it came to frustrations I had with my employees. Hmm. What’s really going on here? I’d wonder.

One of the toughest things we learn as either a parent or a leader is that sometimes you need to let people figure things out for themselves. Giving them every answer and doing things for them is not facilitating growth; it’s creating co-dependency. When we fall into the trap of providing all the solutions, we’re not helping. We’re not pushing our employees to grow.

For some employees, this works because they don’t have to be accountable. However, if you have great people who want to push themselves, you are hamstringing them. They don’t have the slightest chance of rising up to become their best selves.

Like your children, your employees will eventually leave. As scary as that sounds, it’s better to accept that fact than delude yourself into thinking that every hire you make is a permanent one. Part of creating a great culture is making room for that growth, even if that means that you’ll eventually have to say goodbye to that person. Your job is to teach your people as much as you can with the hope that they will continue to grow within your company.

However, if they have outgrown the job and there isn’t another seat waiting for them, recognize that and make it easy for them to move on. Help them with their LinkedIn page. Call a few colleagues on their behalf. Send out their résumés to your network. Release them to the universe in the kindest way possible. The resulting message that you are sending to the rest of the company is that you, as a leader, care about the advancement of the people that work for you. Pretty radical, right?

In an EOS Focus Day, we teach that to be good leaders you need to become good parents. There are many similarities between managing people and parenting. When you are a good parent, you repeat yourself often, have a handful of rules, and are consistent. The same holds true in your relationships with your direct reports.

A common complaint I hear in session rooms is, “Why can’t my employees just think for themselves?” Good question. Are you part of the problem? Here’s a tip: When they stand in your office door with yet another question, turn it around and say, “Hmm. I don’t know. What do you think?”

If you have historically always given them the answers, this will probably startle them into a stunned silence. That’s okay. Be comfortable with the silence. Wait for the answer that you know they already know.

When they give it, agree with them. They’ll feel validated, and you’ll be on your way to delegating and elevating. It’s the first step, but you’ve got to take responsibility. Be the catalyst for shifting the paradigm if you want things to change.

I’m happy to report that Aidan is a fully-formed human now. He still has the occasional flair for the dramatic, but then, that’s what makes him intriguing. Aidan is finishing up his degree in illustration and paying his tuition by working as a grip in the film industry. All these years later, he’s still designing, building, and exercising all the parts of his big brain.

It’s true what they say - those qualities in your children that frustrate you when they are little, make for interesting adults later on. I’m so glad I learned to get the heck out of his way!

[Related: Are You A Micromanager? How To Tell.]

Beth Fahey is a professional EOS implementer. In all of the positions she has held, there has been a common theme of art and science intersecting with the human element.

Like a lot of entrepreneurs, Beth has had a colorful work history. She worked as a camera assistant in the film business, owned a bakery, and was the president of a national trade association. In all of the positions she has held, there has been a common theme of art and science intersecting with the human element. Helping organizations manage change is one of her strong suits. As president of the Retail Bakers of America, Beth... Continue Reading

Meet experts like Beth to talk about how to use these ideas in your career:
I'm Ready to Meet the Community