Being and Having an Ally in the Workplace 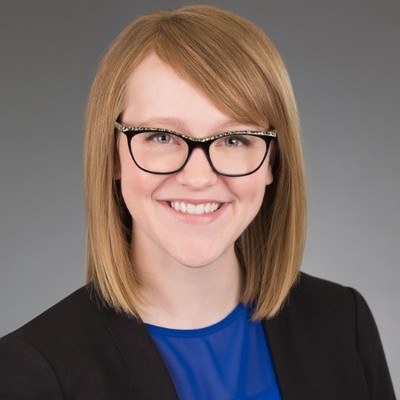 The consulting firm for which we work has grown to more than 1,000 people in nine offices across the country. This makes fostering an inclusive work environment challenging – but even more important. There are many facets to creating an inclusive workplace. One that is near and dear to us, personally, is the concept of allies.

An ally is someone who advocates for a colleague of a different background – whether race, gender, ability, sexual orientation, or another attribute. Allyship could apply to anything from a white executive standing up for a colleague of color or a man serving as an advocate for a woman. An ally can have some similarities with a sponsor, as the relationship often includes some element of guidance and advocacy. Where it differs is in the action(s) that one party takes to stand up for the other. In other words, allyship is about everyday actions.

The following is our story of allyship.

Kelsey: When I joined West Monroe, Sam was the first person to welcome me. He invited me to lunch and emailed others whom he felt I should meet – making it easier for me to start building relationships quickly. While we’ve never worked on a client project together, we share some common interests, particularly around organizational culture, and have occasionally partnered on internal office initiatives.

Sam: Kelsey and I have navigated similar career arcs and transitions from being a senior consultant to a manager. We’ve found ourselves looking to one another to troubleshoot and brainstorm how to become better leaders and motivators of teams.

In 2016, our office leader asked me to organize and lead a cultural retreat for the office. I knew that Kelsey had a strong point of view on culture, so I asked her to help me plan, design, and run the retreat.

Even though she – and her viewpoints – weren’t as well known to our leadership, I felt Kelsey would add value to the event, and it would be good visibility for her. It was a simple request – but it did require me to be comfortable with the repercussions, good or bad, of sticking my neck out for someone.

Kelsey: Sam opened a door for me to establish my voice as a leader in the office. In a consulting organization – or any for that matter – that kind of visibility can be invaluable for career development. Sam had the opportunity to use his voice to shape our office culture, and he chose to share that platform with me. He knew that I had a point of view and value to add to the discussion, and used his influence to help make sure my opinion was heard and not overlooked.

Sam: Having been here longer, my voice had a different resonance. As an ally, I invited Kelsey to take the stage and have the space she needed to raise her own voice and become noticed by our leaders.

I wasn’t consciously or proactively seeking to be an ally, and frankly never considered this allyship until Kelsey gave it the name. Rather, this was just the right thing to do. Not only did it help elevate Kelsey, but it also showed the office that you can have a voice, even if you were new or weren’t recognized as a visible leader yet. I probably didn’t notice because it was a part of how I was raised. My family openly discussed women’s position in the workplace at the dinner table.

It was real for us because my mother was a chemical engineer working in a male-dominant profession. My mother has had several career long allies who were men; men who committed their time and reputation to supporting and developing her professionally. So, it was clear to me that there was an important role for men to play in the dynamic; that men must step up, have courage, and take an active part in the change that is needed.

Kelsey: I recently read a blog from Catalyst about examples of men being allies for women. The examples were impressive demonstrations of men in power helping to advance women’s careers, and they made me reflect on my experience partnering with Sam on the retreat. From our experience, seniority is not required to be an ally. We each have the choice to make to use our privilege and influence to create an inclusive environment that harnesses diversity. The little, day-to-day actions, like our story, are just as important. The following are our recommendations and actions to become better allies.

What actions can you take to be an ally?

Sam: With Kelsey’s help, I’ve learned allyship can happen several ways. Bottoms up, top down, or side to side – it’s really about a willingness and comfort in sharing your influence. Kelsey has helped me take on new perspectives, consider feedback I initially rejected, and grow as a person and leader.

Kelsey: Allyship can be hard and takes courage. Don’t underestimate how small, everyday actions can make the world of difference to your colleague. I believe it takes all of us to create a culture of inclusion, and I encourage each of us to take action, be an ally, and invite someone new or different to join you.

Kelsey Braak is a manager in West Monroe Partners’ Operations Excellence practice, based in Minneapolis. She specializes in business process design and optimization. Kelsey is also a leader of the firm’s Inclusion & Diversity Council.

Sam Dawes is a senior manager with West Monroe Partners in Minneapolis and a leader in the firm’s Consumer & Industrial Products practice. In 2016, Consulting magazine recognized Sam as one of its 30 “Rising Stars of the Profession.”

Meet experts like Kelsey to talk about how to use these ideas in your career:
I'm Ready to Meet the Community