Giving - Is It Part Of Your Plan? 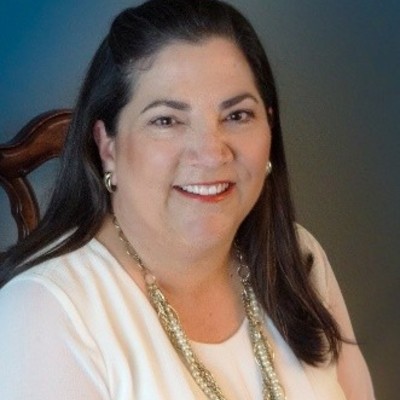 Much is changing in the landscape of philanthropy and charitable giving. Below are highlights from the recently-released Giving USA 2018: Annual Report on Philanthropy for 2017:

We are studying how gender shapes giving behavior. The report How Women and Men Give Around Retirement by the Women’s Philanthropy Institute at Indiana University revealed some interesting statistics.

Single women and married couples consistently give more and volunteer more than single men. Adult daughters of wealthy givers have proven to care more about the causes their parents support and the frequency and the amount of donations more than adult sons. Women tend to spread out their donations, giving smaller amounts to more organizations compared to men.

We are in the midst of a multi-trillion-dollar inter-generational transfer of wealth. Gen Xers and Millennials will be inheriting this wealth at the same time they are reaching their peak earning years, building even more wealth. This is changing the demographics of those entering the “retirement” phase of life.

People are retiring earlier, working on projects, moving in and out of the workforce, and staying unemployed or underemployed longer. Many face age discrimination challenges returning work after corporate layoffs and downsizing efforts.

Research shows that although retirees generally work to reduce their overall spending they still give generously. Giving is part of their financial plan. Philanthropic causes become a big part of their social network.

Most Millennials and some Gen Xers have grown up in the digital age, heavily influenced by social media and crowdfunding. As a result, younger generations are more globally aware and drawn to diverse causes having a deeper socioeconomic impact.

Wealthy women present a different face of change. According to a 2017 report from the BMO Wealth Institute, women in the US now control more than half of the total personal wealth in the country. Additionally, women are now the primary breadwinner in nearly 40% of US households. Wealth in the hands of women grew from $34 to $51 trillion between 2010 and 2015 according to Boston Consulting Group. The majority of these women are 40+ and not influenced as heavily by social media. They share similar feelings regarding philanthropy, but approach wealth management differently.

More women want to play an active role, working with an advisor that listens to their concerns, providing direction and guidance that’s of value. These same women are more interested than previous generations of mastering their wealth. Financial literacy among women - especially millennial women - is improving. Women investors are less confident in their ability to retire comfortably due to the increasing cost of longevity and fear of rising health care costs.

Previously, wealthy individuals typically didn’t focus on philanthropic giving until retirement age. Now, heavily influenced by social media, the ultra wealthy are giving more and at younger ages. Philanthropy is hip! Many of these individuals didn’t inherit wealth or spend years building it. It came as a result of a corporate event or similar windfall.

The wealthy not only want to give more - they want to be knowledgeable about who and what they are supporting. Many give anonymously, but others are very public with their giving. They are building brands - spending time, energy, and money on issues they care about. With that come high expectations.

Mission and vision are important.

Nonprofits that embrace transparency and have a compelling story are winning when it comes to giving. Many of us, me included, have become skeptical about where our money is actually going.

We want to know our gifts reach the mission and are not swallowed up by outlandish salaries of executives and staffers. Givers want to feel that they are a part of something, part of a larger community. We are drawn to causes that have clarity of mission, transparency, community, and tell a great story.

Planned giving is becoming a real thing. Growth of donor-advised funds (DAF) is a game-changer enabling people to give when the timing is right for them. It’s like your own personal giving fund. You are the donor and the advisor - you decide which charities you want to support and when.

You may also receive a charitable deduction for irrevocable contributions. Philanthropy doesn’t just focus on capital. Sustainable impact is about more than just money. Money, skills, expertise, time, and talent are all part of the new currency of giving.

Philanthropy is increasingly done through collaboration and partnerships. Look at how celebrities join together to fund recent disaster relief efforts, such as what we saw with JJ Watt’s Hurricane Harvey relief fund. Celebrities and business tycoons such as Warren Buffet, Bill Gates, and Oprah Winfrey benefit from partnering with others to help generate influence, publicity, and efficiencies.

Small donors are leveraging the internet in big ways. Micro-giving campaigns have become popular along with crowdfunding sites that take advantage of online giving. Look at how social media has leveraged charitable giving via such tools as Facebook’s new donate button, dedicated fundraising pages, and live video fundraisers. Anyone can be a philanthropist.

Are you of the age where you are required to take minimum distributions from your IRAs and don’t need the income? Consider donating to charity. You can donate up to $100,00 per year directly to charities. And since it is going directly to charity, it will not be included in your taxable income.

Mary Jo Lyons is a certified financial planner and certified kingdom advisor offering Christian financial planning and advice. She is uniquely qualified to help clients integrate their faith and their finances.

Uniquely qualified to help clients integrate their faith and their finances. Proven financial services professional with extensive wealth management expertise and deep knowledge of the financial planning process. Recognized as a leader in understanding both the art and science of the financial planning process. I am a teacher at heart which makes me a natural at helping clients make complex strategies seem simple. I am passionate about helping people who are committed to improving their... Continue Reading

Meet experts like Mary Jo to talk about how to use these ideas in your career:
I'm Ready to Meet the Community