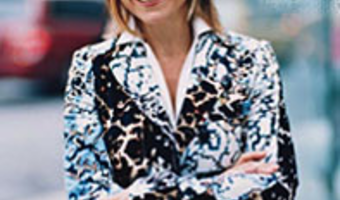 Can Fantasies serve as an antidote to sexual atrophy in long-term relationships?

Cost: $45
Please register before at:
http://www.lauragarnett.com/events
On the events tab

Esther Perel, one of the world’s most respected voices on erotic intelligence, is the author of the international best seller, Mating in Captivity, translated in 25 languages. She is an acknowledged authority on couple therapy, cross-cultural relations, and culture and sexuality. Esther is a frequent keynote speaker around the world and she has been interviewed in leading publications such as The Washington Post, The New Yorker, Vogue, People Magazine, Elle Magazine ( she was featured as one of the twenty five most intelligent women in America in 2007), GQ and Men’s Health. She has been a guest on many TV shows, including the Oprah Winfrey Show, The Today Show and CBS This Morning