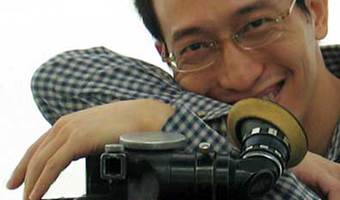 85 Broads has been invited to attend a special film screening of Disorder with Chinese Documentary Filmmaker, Huang Weikai in person at DePaul Art Museum! This film screening is a joint event with ...

85 Broads has been invited to attend a special film screening of Disorder with Chinese Documentary Filmmaker, Huang Weikai in person at DePaul Art Museum! This film screening is a joint event with the Department of Cinema and Media Studies at University of Chicago, and is co-sponsored by Department of Art, Media, and Design/Chinese Studies/Digital Cinema at DePaul University. Assistant Professor Chi Jang Yin will serve as moderator and translator during Q&A.

“At times the news is more dramatic than the movie.” This is the theme and intent of Disorder. The movie shows about twenty different actual events without intervention, exposing absurdity and outrage. A madman dancing in the middle of the road without his shirt, pigs blocking people on the roadside, citizens hanging their laundry on city electricity wires, laborers attempting to continue construction even after finding cultural assets in the grounds, policemen beating people and locking them up in squad cars in broad daylight. There is no order that matters. As the title says it, it’s complete chaos and disorder.