Leadership in a Diverse World 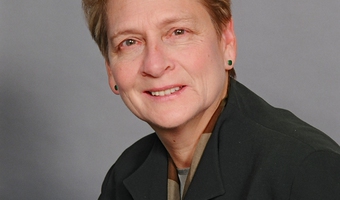 Join us for a conversation with Laura Liswood, author of the long awaited book, The Loudest Duck. Laura Liswood is a noted author, co-founder and Secretary General, Council of Women World Leaders, ...

Join us for a conversation with Laura Liswood, author of the long awaited book, The Loudest Duck. Laura Liswood is a noted author, co-founder and Secretary General, Council of Women World Leaders, as well as Senior Advisor, Goldman Sachs.
With introduction and Q&A session moderated by Adaora Udoji.

Laura’s latest book The Loudest Duck dives into the many aspects of diversity in the ever-expanding, increasingly global workplace. Through practical stories, cultural anecdotes and personal experiences, Laura explains how to ensure a fair and level playing field for anyone working his or her way up the ladder in this new corporate world order. Non-dominant groups – women, minorities, short people, just to name a few – face an uphill battle when it comes to reaching the top levels in leadership. In her keynote speeches, conversations with world leaders at Davos and in her role as an advisor to companies worldwide, Laura addresses the challenges of diversity in the workplace – with humor, insight and motivation – and offers original and practical solutions that allow employees and employers alike to benefit from the differences we all bring to the office.

About Laura Liswood & Adaora Udoji
In 1996, Laura Liswood co-founded the Council of Women World Leaders with President Vigdís Finnbogadóttir of Iceland. The Council is composed of women presidents and prime ministers, and is a Policy Program at the Aspen Institute. In 2001, Liswood was named Managing Director, Global Leadership and Diversity for Goldman Sachs. She is now a Senior Advisor to the firm. From 1992 – 1996 Liswood interviewed 19 current and former women presidents and prime ministers, which she chronicled in her book and video documentary, Women World Leaders (1996, 2007 and 2009, Harper Collins). In 1997, Liswood co-founded The White House Project, which is dedicated to electing a woman President of the United States. Liswood’s professional experience includes executive-level positions in Fortune 500 international companies. After the events of September 11, 2001, Liswood became a reserve police officer in the Washington, D.C. Metropolitan Police Department and is now a Sergeant. Liswood’s book The Loudest Duck is a business guide that explores workplace diversity and uses practical stories to offer an alternate, nuanced approach to diversity to create a truly effective workplace for all. (Wiley & Sons, November 2009). She holds an M.B.A. from Harvard Business School and a B.A. from California State University, San Diego. She holds a J.D. from the University of California, Davis School of Law, and is admitted to practice law in California and Massachusetts. For additional information, please visit: http://www.lauraliswood.com

Anchor, host, correspondent, lawyer. Adaora Udoji has had a varied career in television and radio. She was co-host of WNYC’s The Takeaway until May 2009. Adaora joined The Takeaway from Court TV, where she served as an anchor and trial correspondent. Previously, as a correspondent with ABC News and CNN, Udoji covered some of the most critical domestic and international stories of the past 15 years, including the last three presidential elections, the wars in Iraq and Afghanistan, the O.J. Simpson criminal trial, and the Israeli-Palestinian conflict. Udoji was part of the CNN team that earned a Peabody Award for its heralded coverage of Hurricane Katrina and was among those who contributed to the Tsunami Disaster coverage in South Asia that won the network a duPont-Columbia University Award. Additionally, The National Academy of Television Arts and Sciences cited her for her coverage of the War in Afghanistan and she is a Woodrow Wilson National Fellow. At ABC, Udoji served as a foreign correspondent based in London, filing reports from Europe, the Persian Gulf, the Middle East, and Central Asia. She also contributed to an ABC prime-time documentary about death row in 1997, which was recognized with a Cine Eagle award. Udoji’s writing has appeared on CNN.com and Essence.com. She earned her bachelor’s degree in political science and sociology from the University of Michigan and her law degree from UCLA School of Law. She lives in New York City with her husband, Ron Allen, who is a correspondent for NBC News.