Above and Beyond for Women, a trailblazing panel hosted by Ellevate Houston 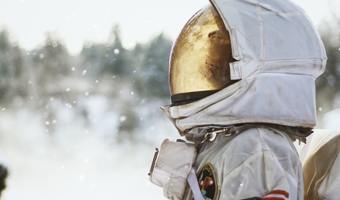 When it comes to cutting edge space and medical advancements, women have led every step of the way. JoAnn Morgan was NASA’s first female engineer and Executive with the Kennedy Space Center. Mary Jackson was NASA’s first African American Female Engineer. Judy Sullivan was the Lead Engineer for the Apollo 11 biomedical systems and the first woman engineer hired by NASA to support spacecraft testing. And of course, who could forget the first all-female space walk with Jessica Meir and Christina Koch on October 27, 2019!

Join Ellevate Houston on October 8 and meet three inspirational leaders in space, science, and medicine: Drs. Dorit Donoviel (Director of Translational Research for Space Health at Baylor College of Medicine), Moriah Thompson (NASA Flight Surgeon), and Julie Robinson (Chief Scientist, Human Exploration and Operations Mission Directorate, NASA). These women have gone above and beyond in their male-dominated professions and are blazing the trail for the next generation of female leaders. Our foremothers were brave women, undaunted by the challenges of being first in the room, and now you can learn from today’s leaders as they blaze a path forward into the future for all of us join. Don’t miss out – register today!