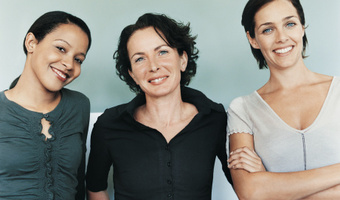 Join us for an informative networking reception on February 17, 2011 to learn more about Astia. You will have the opportunity to hear about our upcoming Entrepreneur Program in New York and meet e...

Join us for an informative networking reception on February 17, 2011 to learn more about Astia. You will have the opportunity to hear about our upcoming Entrepreneur Program in New York and meet entrepreneurs, Astia advisors and members of the Astia team.

Appetizers and drinks will be provided by our generous sponsor: Silicon Valley Bank

Astia is a global not-for-profit organization with a distinct focus and mission – to uniquely source innovation by propelling women’s full participation as entrepreneurs and leaders in high-growth businesses, fueling innovation and driving economic growth. Guided by a proven philosophy that gender diversity is an essential element of innovation, Astia works with start-ups around the world as they access capital, grow their businesses, and hone the leadership skills of their founding teams.

The Astia model of engaging a community of experts to the benefit of the select start-ups it serves has resulted in an exceptional success rate: since 2003, 60% of companies that have participated in the Astia Investor Forums have secured funding or achieved an exit within one year of presenting, totaling more than $950 million raised and 22 exits, including two IPOs.

Headquartered in San Francisco, Astia delivers programs for entrepreneurs in Silicon Valley, New York, and London. Astia has also had significant press coverage in major media channels including The New York Times, Businessweek, Forbes and The Financial Times. Most recently, Astia joined the Startup America Partnership, launched by the White House and funded and led by the Case and Kauffman Foundations. For more information, visit www.astia.org.