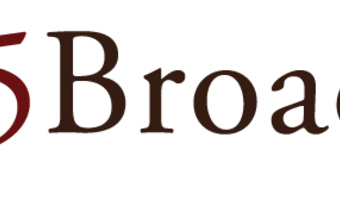 Join Elizabeth Vale (Executive Director of the White House Business Council), Elizabeth Warren (Harvard Law Professor and Chair of the TARP Congressional Oversight Panel) and Diana Farrell (former Director of the McKinsey Global Institute and currently Deputy Director of the National Economic Council) for a live Jam Session on what’s happening in Washington re: much needed financial regulatory reform (and its impact on consumers) currently being proposed by the Obama administration.

The discussion will be moderated by 85 Broads members Deborah Buresh Jackson and Jennifer Hill.

Once we approve your registration, you will receive a confirmation email message with instructions on how to join the event on January 22nd.

Participants can be located anywhere in the world. To fully participate in this online event, you will need a high-speed internet connection, a computer, and computer speakers/phone headset to listen in.

Space is limited to 200 Participants. Jam Sessions are FREE for all Trailblazer, Visionary, Investor, and Power Circle members of 85 Broads.

Professor Elizabeth Warren is a Professor of Law at Harvard University and the Chair of the TARP Congressional Oversight Panel. She has written eight books and more than a hundred scholarly articles dealing with credit and economic stress. Her latest two books, The Two-Income Trap and All Your Worth, were both on national best seller lists. The National Law Journal has repeatedly named Professor Warren as one of the Fifty Most Influential Women Attorneys in America, Time named her one of the 100 Most Influential People in the World in May 2009, and the Boston Globe named her the Bostonian of the Year in December 2009. As a law professor, she first developed the idea for a Consumer Financial Protection Agency and has been one of its leading advocates.

Senior Advisor Elizabeth Vale Elizabeth Vale is Senior Advisor to the Secretary of Commerce and Executive Director of the White House Business Council. Previously, Vale was a Managing Director at Morgan Stanley. She has 22 years of investment experience. Prior to joining Morgan Stanley, she was a Vice President and portfolio manager at Philadelphia National Bank, now a part of Wachovia. Prior to that, Elizabeth was a Legislative Assistant in economic policy for Senator John Heinz in his work on the Senate Banking and Finance Committees. Elizabeth received an A.B. cum laude in government from Harvard University and studied at the London School of Economics. She holds the Chartered Financial Analyst designation.

Diana Farrell (tentative) is Deputy Director of the National Economic Council. She most recently served as the Director of the McKinsey Global Institute (MGI), McKinsey & Company’s economics research arm. Farrell’s work has appeared in academic journals, books, and on the op–ed pages of leading international publications, and she is a frequent speaker at major U.S. and global conferences. Prior to joining McKinsey, she worked for Goldman, Sachs & Company in New York. Farrell has a B.A. fromWesleyan University in Economics and in the College of Social Studies. She also holds an M.B.A. from Harvard Business School. Farrell is a member of Council on Foreign Relations, the Bretton Woods Committee, and the Pacific Council on International Policy.

View the full invite at http://static.85broads.com/events/women_leading_financial_reform_jam_session_january_2010.html