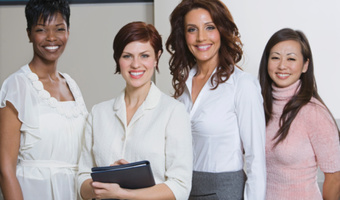 Come along and listen to accomplished dreamers tell their stories at TurkishWIN&#8217;s inaugural event in Istanbul. RSVP:http://turkishwintr1.eventbrite.com/ Program: 6:00-6:30 pm Registration 6:3...

Come along and listen to accomplished dreamers tell their stories at TurkishWIN’s inaugural event in Istanbul.

Anastasia Ashman is an award-winning writer/producer of cultural entertainment. Her kaleidescopic productions capitalize on a countercultural upbringing in Berkeley, California, a degree in Classical and Near Eastern Archaeology from Bryn Mawr, thirteen years of expatriatism (Rome, Kuala Lumpur, the last 8 years in Istanbul with her Turkish husband) and a decade in NYC and LA where she worked with literary agents and producers of film, television, and theatre. The two-time TEDGlobalist is founder of expat+HAREM, the global niche, a community site for identity adventurers. She’s also cocreator of Tales from the Expat Harem: Foreign Women in Modern Turkey, the 2006 expatriate literature collection endorsed by NBC’s Today Show, National Geographic Traveler, and New York Times. In 2008 she produced the Near East’s 1st Global Nomad Salon with Janera.com, and in 2010 Forbes.com named her among the top 20 best women for entrepreneurs to follow on Twitter.

Ozlem Denizmen Kocatepe is currently president for strategy at Dogus Holding and a board member in Dogus Automotive. She started her career at Merrill Lynch Investment Bank as a Financial Analyst in 1994 in the US. Since 2000 she has served in a variety of positions in strategy management, business development and investor relations in the Dogus Group. Ozlem launched the ‘Para Durumu’ financial literacy initiative in an effort to increase personal budget management in Turkey. She was a delegate at the 2010 Presidential Summit on Entrepreneurship, held in Washington, D.C. and is a Young Global Leader of World Economic Forum. She is a graduate of the Cornell University Department of Industrial Management and holds an MBA from the MIT Sloan School of Management. She participated in the “Influencing Techniques” program at Stanford, the “Leadership” program at GE Crotonville and the “Advanced Management “ program at the Harvard Business School. Ozlem is married and has two children.

Sedef Koktenturk is an investment advisor and an Olympian. Sedef left her finance career at Goldman Sachs in New York in 2006 to pursue her life-long dream of becoming an Olympian. She now works at the Goldman Sachs in London, with the added responsibility to build the firm’s Turkish office. Sedef has a BA from Moravian College and an MBA from the Columbia Business School.

Melek Pulatkonak is the President & COO of hakia, a semantic search technology company. Most recently, she was the Associate Partner of the Star Venture Group. Prior to that she was the Advisor to the Chairman of the Istanbul Stock Exchange. Melek started her career as a Research Associate at the New York Stock Exchange where some of her academic work was published. She holds an MBA from the Columbia Business School and a B.S.c. degree from the London School of Economics and Political Science. In her play time, Melek organizes TEDxGotham, leads the International Committee at the Columbia Business School Alumni Club of New York, advises Girls in Tech NY and is a mentor for the ER Accelarator. Melek is the Curator of the TurkishWIN.

Note: Inspired by Ted.com, TurkishWIN talks are recorded and will be in English.