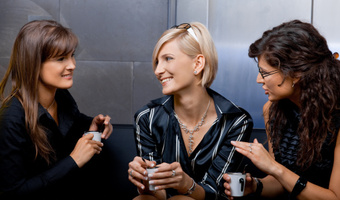 Join us at our next NYC Power Breakfast featuring MATT LONG: firefighter, triathlete, author, and survivor. Matt Long, a member of Ladder Company 43, was just minutes from entering the North Tower ...

Join us at our next NYC Power Breakfast featuring MATT LONG: firefighter, triathlete, author, and survivor.

Matt Long, a member of Ladder Company 43, was just minutes from entering the North Tower on 9/11 when it collapsed. Matt and his fellow firefighters rescued several people from the smoking rubble, including Josephine Harris.

In the years that followed, Matt lived life to the absolute max. He took up running – first as a lark and then as a serious marathoner. He became a triathlete in July 2005 and completed the NYC marathon in November of that year in 3:13, a time that qualified him for the Boston marathon in 2006.

But on December 22nd, tragedy struck. Days before, the Transport Workers Union had gone on strike, effectively shutting down all bus and subway service in NYC. On that morning, Matt’s only option was to ride his bike to work. He made it just two blocks before being run over by a twenty ton chartered bus that had made an illegal right hand turn onto 52nd Street. Matt was 39 years old.

Matt was rushed to NY Presbyterian Hospital where he was given less than a 5% chance of surviving. He needed 69 units of blood and in the days, weeks, and months that followed, endured over 40 operations to repair the damage to his broken body.
Matt’s new book, “The Long Run,” written with Charles Butler from Runner’s World magazine, has “besteller” written all over it. Despite crippling bouts of depression and enormous physical pain, Matt was determined to regain his status as an elite athlete. Somehow, he told himself, I WILL RUN AGAIN.

Come hear how Matt made the biggest comeback of his life!

*Complimentary copies of Matt’s book will be given to all attendees.