Gender Equality as an Investment Concept 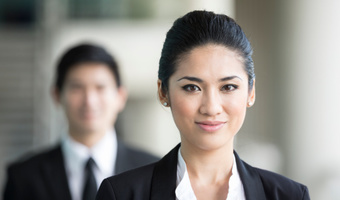 Join us for a conversation about gender equality with Joe Keefe, President and Chief Executive Officer of Pax World Management LLC, and of Pax World Funds.

There is a strong consensus among international development experts that the status and role of women is the best clue to a nation’s growth potential. Similarly, there is now substantial evidence that the status and role of women may be an excellent clue to a company’s growth potential as well – that the best companies, and therefore the best investments, are those that take advantage of the talents, ideas and contributions of half of the world’s population. Numerous studies have shown that companies that empower and advance women – e.g., through gender diversity on boards and in upper management – are likely to reap the benefits in terms of improved profitability and performance. Eliminating gender inequality and empowering women are finally being recognized, on a global basis, for what they are—urgent moral and economic imperatives. This is as true for businesses and investors as it is for broader economies. Gender equality is fast becoming an investment concept.

Join us for a conversation with Joe Keefe, President and Chief Executive Officer of Pax World Management LLC, and of Pax World Funds. This Jam Session will be moderated by Boston Chapter Leader Kathleen McQuiggan.

Under Joe’s leadership, Pax World has become one of the leading innovators and asset managers in the rapidly-growing field of Sustainable Investing – the full integration of environmental, social and governance (ESG) factors into investment analysis and decision making. Prior to joining Pax World, Joe was President of NewCircle Communications, a strategic consulting and communications firm specializing in corporate social responsibility and public policy-oriented communications. He served as Senior Adviser for Strategic Social Policy at Calvert Group from 2003 – 2005, and as Executive Vice President and General Counsel of Citizens Advisers from 1997 – 2000. He is a former member of the Board of Directors of the Social Investment Forum (2000 – 2006), the industry association representing socially responsible asset managers and investment professionals throughout the United States. He was named by Ethisphere Magazine as one of the “100 Most Influential People in Business Ethics” for 2007 and 2008.

Joe is Co-Chair of the Carbon Coalition, a New Hampshire-based citizens group working on solutions to climate change. He also served as New Hampshire Co-Chair of ONE Vote ’08, a voter education project of the ONE Campaign, focusing on persuading U.S. presidential candidates to make the eradication of global poverty and AIDS top priorities of the next administration. He is a member of the Board of Directors of Americans for Campaign Reform, an organization promoting public funding of federal elections, and On Belay, an organization working with children whose parents or guardians have been stricken with cancer or other life-threatening illnesses.

Joe is a former Democratic Nominee for United States Congress in New Hampshire’s First Congressional District, and a former Chair of the New Hampshire Democratic Party and member of the Democratic National Committee. He has extensive experience in national and local political affairs and in television and radio commentary, including many years of New Hampshire-based television and radio work, as well as surrogate appearances on behalf of Kerry for President on The Tim Russert Show (CNBC), Crossfire (CNN), Hannity and Colmes (Fox), Fox News, New England Cable News (NECN) and other media outlets, as well as previous surrogate experience on behalf of Al Gore in 2000 and Clinton-Gore in 1996.

Before entering the investment field, Joe was in private law practice for 16 years. He received a Bachelor of Arts in Philosophy from the College of the Holy Cross, and a Juris Doctor degree from the University of Virginia School of Law.

Kathleen is responsible for sales for the Global Women’s Equality Fund as well as managing Pax World’s efforts to promote gender equality as an investment concept. She is founder and President of Catalina Leadership, a strategic advisory organization focused on investing in women.