A Conversation with Holly Gordon, Executive Director of Girl Rising, on Developing a Career With Purpose 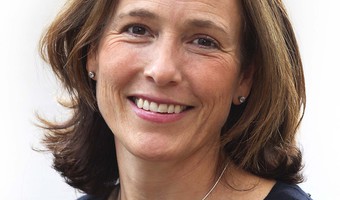 Have you ever wondered how some women have an impactful career, love what they do, and also have incredible professional success? To hear first-hand, come join us at Bobbi Brown Cosmetics Studio i...

Have you ever wondered how some women have an impactful career, love what they do, and also have incredible professional success? To hear first-hand, come join us at Bobbi Brown Cosmetics Studio in Montclair, NJ for evening of cocktails, networking, and conversation with Holly Gordon, Executive Director of the award-winning Girl Rising film and movement for girls’ education.

Holly understands the importance of finding both purpose and success in one’s career. In an interview with Power Circle Member and Northern NJ Chapter Leader, Melanie Herald, Holly will share her own story about connecting the dots between accomplishments and inspiration. She will show a brief portion of the film, Girl Rising, which she has traveled the globe to produce.

Don’t miss this opportunity to hear from Holly and participate in a our first Girl-Rising inspired event. Bring your friends and make new ones while you enjoy heavy appetizers and cocktails. Bobbi Brown Makeup Artists will be on site to provide “touch-ups” for any interested guests (all included). Doors open at 5pm for touch-ups and networking. Official program begins at 6pm. Parking is available on the street or in the 1 Lackawana Plaza retail lot entrance across the street, which is accessible from Bloomfield Avenue. The Montclair-Boonton Bay Street Station stop is within short walking distance.

Prior to launching the Girl Rising campaign, Holly was Director of Content for the Tribeca Film Festival and worked for 12 years at ABC news as a producer and booker for the major news broadcasts.

Holly was selected by Fast Company as a member of the League of Extraordinary Women in 2013 and named by Newsweek/Daily Beast as one of 125 Women of Impact in 2013. Forbes Magazine also named the Girl Rising movement the #1 Most Dynamic Social Initiative of 2012.