100 Women in Hedge Funds London Invites You To: Outlook 2007-Important Trends in the Markets and Macro Environment 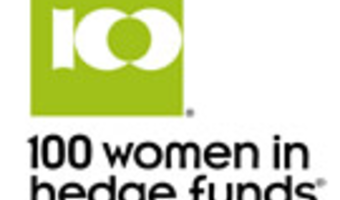 Please join 100 Women in Hedge Funds London in welcoming Susan Payne, Founder and Partner of Emergent Asset Management to discuss her views on markets and investing for 2007. Susan is the portfol...

Please join 100 Women in Hedge Funds London in welcoming Susan Payne, Founder and Partner of Emergent Asset Management to discuss her views on markets and investing for 2007. Susan is the portfolio manager of The Emergent Alternative Debt Fund, which has been ranked in the top two Global EM hedge funds in 5 of the 8 years Susan has managed it, including in 2006, when the fund outperformed all similar funds listed by Bloomberg and S&P/Micropal. She also now manages the Emergent Ballistic EM Equities Fund, Winner of the Hedge Fund Review Award in 2004 for the Best Equities Fund Under $100mm. With more than 20 years of experience on both the buy and sell sides, Susan has deep knowledge of investing in emerging markets, but also a keen sense for important trends in the developed world and within the hedge fund industry. Please join us as she addresses:


· Strategic Themes for Investing in 2007
· Emerging Markets: Changing, Improving – Why?
· Where to find Alpha: Regions and Sectors


Admission to this event is free, but there is a £20 charge if you register for the event and do not attend (even if you cancel in advance). No-show proceeds will be donated to 100 Women in Hedge Funds, Limited to support its fundraising efforts for charitable causes.

Susan Payne has worked in the emerging markets on both the sell side and buy side for 20 years. After having been called to the Bar in Canada in 1985, Susan joined JP Morgan in 1986, working on the equities, fixed income and syndicate desks before joining the original eight-person global Emerging Markets Group. During her tenure as Head of Emerging Markets Sales, Europe, the global group grew to number over 250 people and became established as the market leader in emerging markets securities, including both debt and equities. In 1993, Susan joined Goldman Sachs International as an Executive Director and Head of Sales and Trading responsible for developing its emerging markets debt business in Europe.

In 1997, Susan founded Emergent Asset Management Limited, an award-winning UK-based hedge fund where she is a Principal. Her responsibilities include fund management, as well as over-seeing the strategic partnerships and distribution divisions. Emergent’s two global emerging markets funds were up 31.7% and 30.3% respectively in 2006, and the firm will launch an EM Real Estate Development Fund in April 2007 with an initial focus on Turkey. Emergent also has a private equity division.

Susan was awarded a UK Women of the Future Award 2006 as ‘Mentor of the Year’ and was short-listed in the Finance category for the UK First Women Awards in 2005. Susan is also Head of the London chapter of 85 Broads, which is the largest professional women’s network in the world, and is an outspoken advocate of women’s issues in the workplace. Susan has three children.

Merrill Lynch is one of the world’s leading wealth management, capital markets and advisory companies, with offices in 37 countries and territories and total client assets of approximately $1.6 trillion. As an investment bank, it is a leading global trader and underwriter of securities and derivatives across a broad range of asset classes and serves as a strategic advisor to corporations, governments, institutions and individuals worldwide. Merrill Lynch owns approximately half of BlackRock, one of the world’s largest publicly traded investment management companies, with more than $1 trillion in assets under management. For more information on Merrill Lynch, please visit www.ml.com.