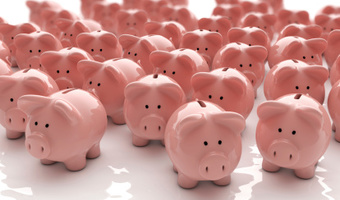 I&#8217;m so thrilled to serve on the host committee that is helping to elect Reshma Saujani as the next Public Advocate for the City of New York. Please consider attending the event below so that...

I’m so thrilled to serve on the host committee that is helping to elect Reshma Saujani as the next Public Advocate for the City of New York. Please consider attending the event below so that you can get to know her and learn why she’s the right candidate for the job. I’d be honored if you join me in supporting her efforts and share her message with your friends and family.

Reshma Saujani is a dedicated public servant with a long and distinguished history of community organizing and advocacy. In 2010 she left her private sector career as an attorney to run for U.S. Congress in New York, making her the first South Asian woman in the country to run for Congress. After her race, Reshma maintained her commitment to public service and became the Deputy Public Advocate of New York City. In 2012 she was praised as a Creative Problem Solver in Ad Age’s Creativity 50 Issue, and named one of the most powerful Women Changing the World by Forbes.

Worked every day through summits and forums to mentor and provide capital to small business owners.
Built a nationwide charge to combat Citizens United and get money out of politics.
Brought together hundreds of New Yorkers to have powerful conversations about the City’s fiscal obligations that have led to innovative policy solutions.
Conducted the first ever survey of immigrant small business owners and released a report providing detailed recommendations to activate the engine of New York City’s economy, immigrant and minority small business owners.
Initiated and created the Dream Fellowship to help sons and daughters of immigrants access their piece of the American Dream.

Most recently Reshma founded Girls Who Code, a non-profit that launched last summer with the backing of Twitter, eBay, GE, and Google to empower girls from underserved communities to become our next generation of entrepreneurs. She also just finished writing a book on female leadership called Women Who Don’t Wait In Line, which will be published next Spring by Amazon.

Now she is gearing up to run for Public Advocate because she believes that with innovative, action-oriented leadership, we can do more for New Yorkers.