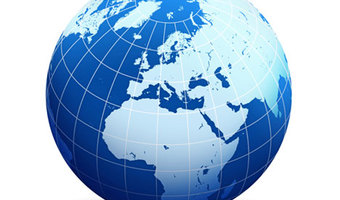 Join us for a lively breakfast conversation with Dambisa Moyo and Barbara Byrne!

Dambisa Moyo is an international economist who analyzes the macroeconomy and global affairs. Her work examines the interplay between rapidly developing countries, international business, and the global economy, while highlighting the key opportunities for investment.

Dambisa serves on the boards of Barclays Bank, SABMiller and Barrick Gold. She was an economist at Goldman Sachs, where she worked for nearly a decade, and was a consultant to the World Bank in Washington, D.C.

She is the author of the New York Times bestsellers Dead Aid: Why Aid is Not Working and How There is a Better Way for Africa and How the West Was Lost: Fifty Years of Economic Folly and the Stark Choices Ahead. Her third book, Winner Take All: China’s Race for Resources and What it Means for the World, was published in June 2012, and premiered at #13 on the New York Times bestseller list.

In 2009, Dambisa was named by TIME Magazine as one of the “100 Most Influential People in the World,” and to the World Economic Forum’s Young Global Leaders Forum. She is a member of the Atlantic Council.

Barbara Byrne is a Vice Chairman in the Investment Banking Division at Barclays. She achieved this distinction in 2005 at Lehman Brothers, where she was a 28-year veteran, and was the first woman to be named a Vice Chairman in that firm’s history. With over 30 years of financial services experience, Barbara has served as the primary architect of several of the firm’s marquee transactions. She is responsible for leading the firm’s global relationships with a diverse group of clients, including GE, IBM, HP, US Steel, and Microsoft among others. She has held senior management positions in energy and technology investment banking groups throughout her career.

Barbara participates in industry conferences as a forum leader on strategic issues and trends facing the financial services sector and global markets. She is a frequent speaker on behalf of women in business, finance and leadership. In 2012, Barbara was named one of the “100 Women to Watch” in a report released by the Cranfield School of Management, which annually analyzes the number of women on boards of FTSE 100 companies. In 2010, 2011 and 2012, she was ranked by American Banker as one of the “25 Most Powerful Women in Finance.” She is currently a member of the Women’s Forum for the Economy & Society and 85 Broads Power Circle. In addition, Barbara has provided financial market commentary for news organizations such as Fortune, Forbes, Bloomberg and CNBC.

Barbara graduated from Mount Holyoke and serves on its board of trustees. She resides in Princeton and she and her husband have four children.