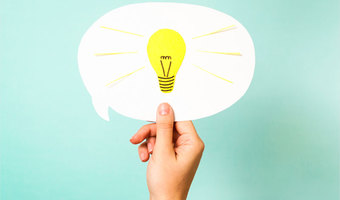 Rachel M. Wasser is co-founder of Teach For China, one of China’s leading non-profit organizations, which is inspired by the vision that one day, all Chinese children will have access to an excellent education. Teach For China takes a unique approach to eliminating educational inequity by enlisting the US and China’s most promising future leaders in the effort. Since its inception in 2008, Teach For China has placed more than 200 outstanding US and Chinese graduates as teachers in high poverty communities reaching more than 30,000 children in need.

Ms. Wasser served as a member of Teach For China’s senior leadership team until April 2012, including serving as Teach For China’s Co-CEO. She now serves as an advisor to the organization, which is a partner in the US-China bilateral 100,000 Strong initiative, works in partnership with Teach For America and the global network Teach For All, and has been featured by ChinaNewsweek, Phoenix TV, the Christian Science Monitor, and many other media outlets. The organization is supported by diverse stakeholders including the Li-Ka Shing Foundation, Goldman Sachs, the Luce Foundation, and Chinese government partners.

A Mandarin speaker, Ms. Wasser has worked in development in China for nearly a decade. She has conducted fieldwork on the Tibetan Plateau, interpreted for US government officials, consulted to international environmental organizations, and been published in English and Chinese on issues of sustainability and rural development.

Ms. Wasser has been recognized as a featured changemaker at the annual Make a Difference forum in Hong Kong and as one of China’s social innovators by the Foundation for Youth Social Entrepreneurship. She has been featured by China Radio International and other media outlets. She has been a speaker at universities, civic groups, conferences and other venues.

Ms. Wasser graduated from Yale University and began her career in China as a Yale-China Association Fellow at the Chinese University of Hong Kong.