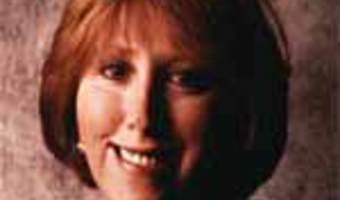 “How a Visionary Idea Became a Reality: The Young Women’s Leadership Network”

Ann Tisch, the Founder and President of the Young Women’s Leadership Network (YWLN), will share with participants how she and her husband, Andrew Tisch, partnered with the New York City Board of Education to open the first all-girls public school in the United States in three decades.

The fantastic success of The Young Women’s Leadership School of East Harlem resulted in the creation of a national model. In addition to affiliate schools, there are currently four Young Women’s Leadership Schools in New York City and one in Philadelphia serving more than 2,000 low-income girls and their families. In addition, YWLN serves close to 5,000 students each year with CollegeBound Initiative, a private college counseling program working in co-ed and single-sex public schools. This program was launched first at the East Harlem girls’ school and expanded to serve more needy students in urban schools. Ann will share with the audience the critical insight she has gained in founding this high performing educational organization.

Annual 85 Broads Members: $30 (members who have activated their Annual Membership at the Trailblazer, Visionary, Investor, or Power Circle level)
Guests: $40

Register for this event: at http://www.regonline.com/builder/site/Default.aspx?eventid=762220

Space is limited to 200, RSVP by September 4th.
Preference will be given to Annual 85 Broads Members and their guests

About Ann Tisch and the YWL Network
A native of Kansas City, Missouri, Ms. Tisch began a 19-year career in broadcast journalism at WIBW-TV in Topeka, Kansas. She then moved to WCCO-TV in Minneapolis, Minnesota, and later joined NBC Network News as a National Correspondent.

As a National Correspondent, Ms. Tisch developed a strong interest in educational issues. After covering dozens of education stories, as well as reading and studying data on single-sex education, she conceived the idea of an all-girls public school. In 1996, Ms. Tisch opened The Young Women’s Leadership School of East Harlem, the first all-girls’ public school to open in the United States in three decades. The school serves 420 girls in grades 6-12 and has an amazing track record of success – in all 9 graduating classes, 100% of seniors have graduated and 100% have been accepted to college!

The fantastic success of The Young Women’s Leadership School of East Harlem resulted in the creation of a national model. There are currently four Young Women’s Leadership Schools in New York City and one in Philadelphia serving more than 2,000 girls and their families. There are also affiliate schools in Chicago, IL; Baltimore, MD; Dallas, Austin, Lubbock and San Antonio, TX. In addition, dozens of schools across the country who have visited our flagship school and replicated our single-sex model.

Ms. Tisch’s leadership and vision created a movement that extends far beyond one school in one inner-city neighborhood. In 2000 landmark legislation was passed to encourage public school districts to create innovative single-sex opportunities for children. Ann Tisch and her network of single-sex schools have inspired many admirers like Oprah Winfrey and Hillary Rodham Clinton.

Ms. Tisch is the Executive Producer of Secret Lives: Hidden Children of the Holocaust an HBO documentary film. She also serves on the Board of Trustees of Washington University, Dean’s Council of The New York University Tisch School for the Arts, and the Advisory Board of the Center for Educational Innovation.

Ann Rubenstein Tisch is married to Andrew H. Tisch. They have two daughters and reside in New York City.

For more information about the YWL Network, refer to www.ywlnetwork.org