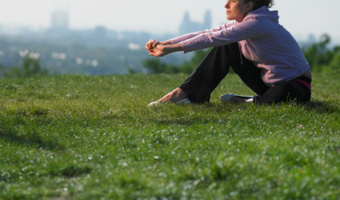 Maria del Pilar Ryan’s military mentors emphasized courage, character, and competence as fundamental elements of leadership, and these themes have echoed throughout her career. As she matured as a leader and began mentoring others, she found herself discussing more explicitly the elements of authenticity and accountability. During this Jam Session, Pilar will explain how authenticity and accountability have allowed her to develop the tools and confidence she has used in both collaborative and full-contact leadership situations.

Maria del Pilar Ryan began her military service as a cadet at the United States Military Academy at West Point, graduating in 1986, and is currently a colonel serving there as Chief of the International History Division. Along the way, Pilar has served in command and staff positions on three continents, commanded the largest field artillery battery in the Army, and served as a political-military planner and counter-proliferation strategist for United States Forces – Korea. Selected to serve among the senior military leadership at West Point, Pilar earned her Ph.D. in History at the University of Pennsylvania and is a full Professor of History, with several publications to her name. Pilar is currently in transition from a 27-year military career to a career in leader development consulting.