Crowdfunding: How two 85 Broads members raised $600,000 for their companies on Kickstarter! 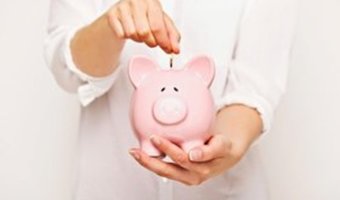 In this Jam Session Sylvia Marino, Co-founder of Bia Sport and Monisha Perkash, Co-founder and CEO of LUMOback, will provide their perspectives on running a successful campaign on Kickstarter.

Crowdfunding has been growing over the past year with a number of platforms – Kickstarter, Indigogo, Peerbackers, GoFundMe and more – offering a venue for new companies or projects to raise capital. The question for many is, how do these platforms work? How do you use them successfully? Are there best practices?

Sylvia Marino, Co-founder of Bia Sport and Monisha Perkash, Co-founder and CEO of LUMOback, will provide their perspectives on running a successful campaign on Kickstarter.

Bia recently raised over $400,000 on Kickstarter for their GPS Sports Watch with $100,000 in pledges coming in the last 24 hours of the 40-day campaign. According to a recent Wired.com article, Bia’s execution on Kickstarter was the “poster-child” for the four key elements defined in a recent study of successful Kickstarter campaigns.

LUMOback, which has developed a smart posture sensor, also recently launched a successful campaign on Kickstarter. Monisha & Team reached their goal of $100,000 in a matter of days, then doubled their goal and successfully raised another $100,000. According to Monisha, Kickstarter has served as a great opportunity to test market demand and to get real, unbiased feedback.

Sylvia and Monisha will share “lessons learned” from preparing a crowdfunding event through managing the campaign lifecycle.

About Sylvia:
Sylvia started her career in finance with roles at Dean Witter, Bear Stearns and Oppenheimer before leaving Wall Street for Silicon Valley. With a focus on product management, she was an early pioneer in the business of online communities and social media dating back to 1996. A leader of web, programming and data teams, she spent over 14 years helping grow companies and communities like Edmunds.com from scratch to millions of members. Sylvia juggles 3 kids and a high-tech entrepreneur husband. After a season of triathlons, she realized open water swimming was her calling. She has over 120 Alcatraz swims and was part of an all-women’s English Channel relay team in 2011.

About Monisha:
Monisha is an accomplished entrepreneur and business leader with deep experience managing cross-functional teams in the Internet, software and education industries. She is passionate about building innovative solutions that solve important problems.
Monisha previously served as CEO and Co-Founder of TuitionCoach (acquired by SimpleTuition in 2009), where she oversaw the financing, launch, and general management of the start-up. She has also held leadership positions at SimpleTuition, Siebel Systems, Pensare, and AmeriCorps. She has an MBA and MA in Education from Stanford and a BA from Yale.