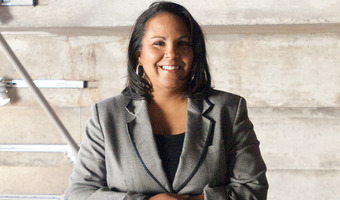 Ellevate Phoenix invites you to our inaugural event for our 2014/15 season of Amazing Women Speaker Luncheons.We will continue our series (begun last year) focusing on Arizona-connected women whose...

Ellevate Phoenix invites you to our inaugural event for our 2014/15 season of Amazing Women Speaker Luncheons.We will continue our series (begun last year) focusing on Arizona-connected women whose passions have resulted in significant achievements in creating change, growth and opportunities for themselves and the communities their organizations serve.

On Thursday, October 30th, Chevy Humphrey will share her story about her journey to become CEO and president of AZ Science Center.She’ll talk about how she approaches the job of running a leading science museum that showcases hundreds of interactive exhibits and attracts 500,000+ visitors each year.Chevy will share her goals and her vision as she looks toward the future.We find Chevy to be quite inspiring and think you will too!

Leading our conversation will be, Janice Montana.Janice has had a varied business career from small business owner, venture capitalist and private equity executive to Broadway and Film Producer.Currently she serves as CEO for Paradise Retirement Hawaii creating new Senior CCRC Communities in Hawaii.She will be the perfect host to lead Chevy through her story and tee up the questions we all want to ask.

Along with her work at Arizona Science Center, Humphrey serves on numerous local, state, national and international boards and committees. Most notably, she is board chair of the executive committee for the Association of Science-Technology Centers (ASTC), an international organization representing science centers and museums with more than 600 members in over 40 countries worldwide dedicated to furthering the public understanding of science among increasingly diverse audiences. Humphrey uses her extensive involvement in science and education as a featured speaker at science center and museum conferences worldwide.

Humphrey was honored in 2014 as one of Arizona Business Magazine’s Fifty Most Influential Women and was a 2014 YWCA Maricopa County Tribute to Leadership Honoree. Humphrey and Arizona Science Center were honored in 2013 by the Phoenix Indian Center with the Arizona Excellence in Leadership Award. In 2011, Humphrey was honored as one of Phoenix Business Journal’s Most Admired CEO’s and in 2008, Humphrey was recognized by Arizona Foothills Magazine as one of 10 Women Who Move the Valley. Humphrey was also selected in 2001 to the first year class of the Virginia G. Piper Charitable Trust Piper Fellows program.

Humphrey earned a B.S. in Business Administration with a concentration in marketing as well as an MBA with dual specializations in Marketing and Innovation/Entrepreneurship.She is an avid sports fan, but she most enjoys her time mentoring young women to achieve their professional and personal potential.

Janice Montana has had a varied business career from small business owner, venture capitalist and private equity executive to Broadway and Film Producer. Currently she serves as CEO for Paradise Retirement Hawaii creating new Senior CCRC Communities in Hawaii.  As the President of PEP Enterprises she created a small tour company and turned it into one of the most respected and recognized meeting planning, incentive marketing and association management companies in the world. She was the first American Woman to be recognized by Meeting Professionals International and the Cornell University Hotel School in Geneva, Switzerland with the Certified Meeting Management Certification.  Janice also holds a Bachelor of Science in Business Administration.

She leveraged her knowledge as a successful business owner into becoming the principal partner in Datavest Corporation providing start up and second round funding for companies specializing in the high tech and medical fields. In the early 2000’s she recognized the growing potential in the entertainment industry and while with Datavest was made the principal of the Broadway Investment Fund raising investment capital for Broadway plays and feature films. Her plays have been nominated for Tony Awards, The Outer Critics Circle Award, the Drama Desk Awards and won Best Play in 2007 for “Souvenir” at the LA Stage Ovation awards the equivalent of the Tony Awards in Los Angeles, California.

In 2009 she was hired as President of Entertainment for Hometown Entertainment a film company based in Orange County, Ca and served in that capacity and as a consultant until December of 2013. Janice was raised in Arizona, speaks four languages, has lived all over the world, and happily calls Phoenix home.