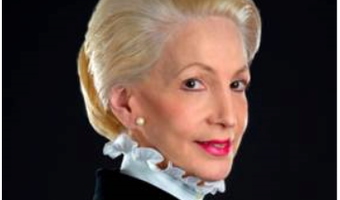 Presented by Ellevate London and Chicago Booth&nbsp;with support from Hawthorn Advisors.&nbsp;We are delighted to invite you to join us for an evening discussion with Lady Barbara Judge, CBE.&nbsp;...

Presented by Ellevate London and Chicago Booth with support from Hawthorn Advisors.

We are delighted to invite you to join us for an evening discussion with Lady Barbara Judge, CBE.

Lady Judge, a trained commercial lawyer with both British and American citizenship, has an exceptionally broad and successful international career as a senior executive, chairman and non-executive director in both the private and public sectors.

What has been the secret to her success?

How did she face the most difficult challenges of her career?

What advice does she have for Ellevate London members on building a life-long professional network?

Lady Judge began her career as a lawyer and became partner in a major US law firm specialising in corporate and financial transactions. In 1980, she was appointed by the President as a Commissioner of the US Securities and Exchange Commission. She was also the first woman executive director of both Samuel Montagu and subsequently News International, among others.

In 2002 Lady Judge became Director of the United Kingdom Atomic Energy Authority and later its Chairman in 2004. In 2010, she assumed the role of Chairman of the UK Pension Protection Fund; she is also currently Deputy Chairman of the Tepco Nuclear Monitoring Reform Committee and the Head of its Task Force on Nuclear Safety. Lady Judge also advises the Government of Abu Dhabi, Jordan and Hungary on matters relating to nuclear energy. In June 2010 she was awarded Commander of the British Empire in the Queen’s Birthday Honours for services to nuclear and financial services industries.

This is a very special evening not to be missed!

This event is being sponsored by Hawthorn Advisors, a London PR firm specialising in building the reputations of professional women.

NOTE: Prior registration is necessary for attending this event. No tickets will be available on the day.