GridIron Glory (a social event for men and women) 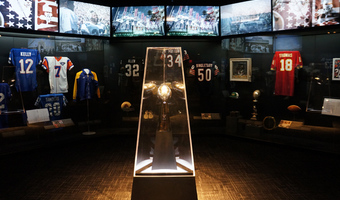 Gridiron Glory, a Social Event for men and women. Bring your favorite football fan for a private viewing of the Pro Football Hall of Fame exhibit at Arizona Science Center. The 5,000 square-foot Gr...

Items on display include:

During the exhibit, we will host our version of a "tailgate party" (appetizers, beer and wine), courtesy of Mother Bunch Brewing, founded by Arizona's only professional female craft brewer, Julie Meeker.