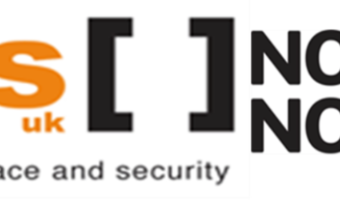 When: Tuesday, 3rd March, 6pm reception, 6.30pm panel discussion with a drinks reception before and afterwards

Anyone interested in peace and wants to know more about how peace is negotiated in countries in conflict like Syria and Afghanistan. We are inviting to this event people from a number of leading City networks and businesses. It's a great opportunity to broaden your knowledge on a highly topical issue and your network.

Rt Hon Baroness Warsi: formerly Senior Minister of State at the Foreign and Commonwealth Office and Minister (2012-2014), and a lawyer.

Dame Audrey Glover, DBE: Audrey has had a distinguished career at the Foreign and Commonwealth Office as a legal adviser. During her FCO career she was the UK Agent before the European Commission and Court of Human Rights. She was later seconded with the rank of Ambassador to the post of Director of the OSCE Office for Democratic Institutions and Human Rights (ODIHR).

In 1998 Audrey left the ODIHR to become the Leader of the UK Delegation to the UN Human Rights Commission. She became the Human Rights Adviser to the Coalition Provisional Authority in Iraq and helped to create and advise the Ministry of Human Rights. Since 2004 she has headed 14 election observation missions on behalf of the OSCE including, the Parliamentary Elections in Ukraine (2012) Mongolia (2013) Hungary (2014) and Bulgaria (2014) and was co-leader for the Presidential elections in Tunisia in 2014 for the Carter Center. Audrey is a Trustee of the UK Prison Reform Trust, an Adviser to the British Institute for Human Rights Advisory board member of GAPS.

Anneke Van Woudenberg: Advocacy Director, Human Rights Watch. Anneke focuses on humanitarian and human rights issues in the Great Lakes region of Africa, working as the Congo Country Director for Oxfam GB during the height of the war in 2014. Anneke has a Masters Degree in International Relations from the London School of Economics.

Hannah Bond: Director of GAPS. In the early stages of her career, Hannah worked for the Women’s National Commission, focusing on Violence Against Women and has since worked for humanitarian and development NGOs in the UK and Global South and for the British Embassy in Addis Ababa where she worked on Ethiopia, Djibouti and Somaliland. Hannah lived and worked in Ethiopia for 6 years where she specialised in conflict, gender, human rights, community based development and economic empowerment. Hannah focused on conflict and gender in her Masters at King’s College London.

Chair: Janet Cooper, Partner at Tapestry Compliance LLP and on the advisory board of GAPS and the Vice President of UNWomen UK NC.

What are they speaking about

Women being involved in peace building and the impact this has on a global and local level. The speakers will be discussing why it is important, the issues in making it happen and what we can be alert to when we hear the news about the Syria, Afghanistan and the many other countries currently in conflict.

This evening is in support of the important work done by GAPS-UK (Gender Action for Peace and Security) who work to ensure women are involved in the peace process in countries in conflict and to decrease the disproportionate impact conflict has on women.