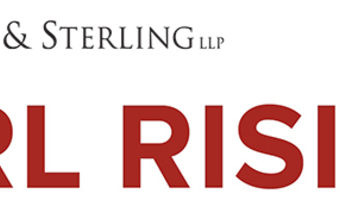 Shearman & Sterling cordially invites you, together with your family and friends, to the San Francisco private screening of Girl Rising, the groundbreaking film from Academy Award-nominated directo...

Shearman & Sterling cordially invites you, together with your family and friends, to the San Francisco private screening of Girl Rising, the groundbreaking film from Academy Award-nominated director Richard E. Robbins.

Girl Rising journeys around the globe to witness the strength of the human spirit of unforgettable girls in developing countries and chronicles the power of girls’ education to change the world. Narration is by Anne Hathaway, Cate Blanchett, Liam Neeson, Priyanka Chopra, Freida Pinto, Meryl Streep, Alicia Keys, and Kerry Washington.

The screening will be followed by a discussion led by Martha Adams, Girl Rising's producer.

Martha Adams is an award-winning storyteller and photographer who travels freely between the commercial realm of TV, the independent world of filmmaking and all things digital media. Originally brought on to produce the film at the center of the Girl Rising campaign, she is now the Chief Creative Officer and was featured in 2013 by Newsweek/Daily Beast as one of “125 Women of Impact.” She has spent years working with the girls featured in Girl Rising and frequently speaks on the subject of girls empowerment, radical change and the critical role storytelling plays.

Recommended ages: 12 and above