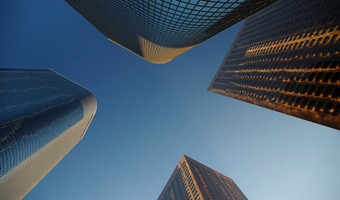 Come listen to insights from HBS &#8220;Power and Influence&#8221; Professor Linda Hill, as she unravels the success stories of Carolee, Gymboree and Golden Seeds. This event will take place on Thu...

Come listen to insights from HBS “Power and Influence” Professor Linda Hill, as she unravels the success stories of Carolee, Gymboree and Golden Seeds. This event will take place on Thursday February 5th, 2009 from 6:00 pm to 8:30 pm. The event will begin with 30 minutes of networkwing followed by a panel discussion featuring Carolee Friedlander, former CEO and Founder of Carolee Designs, Nancy J. Pedot, former President and CEO of Gymboree Corporation, and Stephanie Hanbury-Brown, General Partner of the Golden Seeds Fund and Managing Director of the Golden Seeds Investment Forum. The event location is at the law firm of Withers Bergman LLP, 430 Park Avenue (at 56th Street), 10th floor, New York, NY.


Linda A. Hill is the Wallace Brett Donham Professor of Business Administration in the Organizational Behavior Area at the Harvard Business School. She is former unit chair of Organizational Behavior, faculty chair of the Leadership Initiative, and she has chaired numerous HBS Executive Education programs including the Young Presidents’ Organization Presidents’ Seminar and the High Potentials Leadership Program and serves on the faculty of the Leadership Best Practices program.She is the author of Power and Influence Customized Course Module, and Becoming a Manager: How New Managers Master the Challenges of Leadership (2nd Edition). She is also author of two e-College course modules: Managing Your Career and Managing Teams, and of award-winning multimedia management development programs High Performance Management, Coaching, and Managing for Performance. She is the author of two e-learning programs: Stepping up to Management and Harvard Manage Mentor and a contributor to Managing Up and Becoming a New Manager.Professor Hill’s consulting and executive education activities have been in the areas of managing change, managing cross-organizational relationships, globalization, career management, and leadership development. Hill is currently working on two projects: leading in emerging markets and leadership as collective genius in which she explores the relationship between leadership, agility, and innovation. Organizations with which Professor Hill has worked include General Electric, Home Depot, IBM, MasterCard, the National Bank of Kuwait, Morgan Stanley, and the Royal Bank of Scotland.Dr. Hill did a post-doctoral research fellowship at the Harvard Business School and earned a Ph.D. in Behavioral Sciences at the University of Chicago. She received her M.A. in Educational Psychology with a concentration in measurement and evaluation from the University of Chicago. She has an A.B., summa cum laude, in psychology from Bryn Mawr College.

Lauren Marrus is the President and CEO of Dempsey & Carroll. Prior to her acquisition of Dempsey & Carroll in 2004, Ms. Marrus was President and CEO of The Chelsea Paper Company, which she founded in January 2000 and which she sold to Papyrus in October 2006. Previously, Ms. Marrus was Senior Vice President of Global Marketing at
Multex.com, now part of Thomson Reuters, where she developed, launched and managed The Multex Investor Network, one of the top 10 finance and information sites on the Internet in its first year. From 1994 to 1996, she was Vice President of Online Services for ABC, Inc. In this capacity, she was responsible for launching and managing ABC Online, Oprah
Online, PoliticsNow and The Style Channel, a joint venture with AOL. Earlier in her seven-year tenure at Capital Cities/ABC, Ms. Marrus ran several print publishing businesses that relied heavily on direct marketing. Prior to that she was with The Bankers Trust Company in Mergers and Acquisitions and a management consultant with Booz Allen Hamilton. Ms. Marrus earned an MBA from Harvard University and a BA, magna cum laude, Phi Beta Kappa, from Wellesley College. She lives in Manhattan with her husband and two children.

Nancy Pedot is an experienced retailing executive with a track record of building strong brands and dynamic retail concepts. Best known for her leadership of Gymboree, Nancy has also served as a corporate director in public and privately held companies, and as a director/trustee of numerous philanthropic organizations. Nancy has most recently been affiliated with Party City Corporation, the nation’s largest chain of party supply stores, with more than 500 franchise and company locations and annual chain-wide sales of $1 billion. She joined the Board of Directors in 2000, and then in response to the need for merchandising, operational and financial improvements, was named Acting Chief Executive Officer in April, 2003. She became permanent CEO in January, 2004.

From 1994 through 1997, Nancy was President and CEO of Gymboree Corporation, a leading retailer of children’s apparel and play programs based in California. Under her leadership as CEO, Gymboree grew from approximately $14 million in sales to more than $430 million and expanded from 33 to more than 360 stores in the United States, Canada and Europe. She joined Gymboree as Senior Vice President of Merchandising in 1989, two years after the company opened its first retail store. For her achievements at Gymboree, Nancy was named “Entrepreneur of the Year” by Inc. magazine and was featured on the cover of Business Week as CEO of one of America’s fastest growing companies. She left Gymboree in 1997 to devote more time to family and community pursuits.

Boards on which Nancy has served include Party City, PetSmart Inc., Cost Plus World Markets, Gymboree and such not-for-profit organizations as Glimmerglass Opera, The Center for Venture Philanthropy, Raising a Reader, Women’s Forum, and Boy’s and Girl’s Club of America. Her speaking engagements have included the World Economic Conference in Madrid, Harvard School of Business, the Anderson Graduate School of Management at UCLA, San Francisco State University, and Tulane University.

General Partner of the Golden Seeds Fund, is also the Managing Director of Golden Seeds Investment Forum, a network of over 100 investors that invest in early stage high growth companies owned and led by women entrepreneurs. The portfolio encompasses various sectors, including software, hardware, health care, consumer goods and media.

Stephanie’s 20 year career prior to becoming an investor was in financial services. She has worked in all three times zones – in Sydney, London and New York. The majority of her career was with J.P. Morgan where she headed several global businesses (including positions as Global Head of Futures & Options, Head of International Private Banking, COO of Global Equities and Head of eCommerce) where she grew and managed revenue and expense budgets up to $500m.

Stephanie retains board positions with public company Foster Wheeler Limited in addition to RiskMetrics Group. As for private companies, she is active on the board for Artemis Woman, and non-profit Count Me In. She obtained a Bachelor of Arts from the University of Sydney.