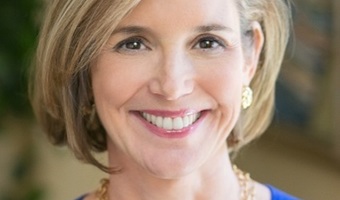 This intimate discussion will cover everything from closing the investing gap for women, to inspiring more female entrepreneurs and investors, to the business case for gender equality.

Sallie Krawcheck is currently the Chair of Ellevate Network, a global professional networking community whose mission is to advance women in business. She is also the co-founder and CEO of Ellevest, a digital investment platform for women. Krawcheck is one of the highest ranking women ever to have worked on Wall Street, having held posts such as CEO of Smith Barney, CEO of Merrill Lynch Wealth Management, and CFO of Citigroup. She is one of the most read “Influencers” on LinkedIn, and has been profiled in The Wall Street Journal, Fortune, Forbes, and more. Krawcheck attended the University of North Carolina at Chapel Hill and holds an MBA from Columbia Business School.

Whitney Johns Martin is co-founder and investor in Texas Women Ventures, a group of funds dedicated to investing growth capital in later-stage companies with gender inclusive management teams, with revenues between $10 million and $100 million. Since the 90’s, Whitney has been a leader in providing private capital to women entrepreneurs. She is responsible for the creation of four funds focused on investing in women-led companies including the first one of its kind in the United States. These funds, along with their co-investor partners, have invested over $60 million in women-led companies seeking growth capital.

Whitney has served on over twenty private company boards and/or advisory boards in her career, including Wyndham International, Club Corp, McAlister’s Deli, Spectrum Technologies, Karlee Inc, and The Warrior Group. She was appointed by then Chairman, Alan Greenspan, to serve as a three-time Chair of the Federal Reserve Bank of Atlanta, Nashville branch. She currently serves as Chair of the Board of Directors for Entegra Technologies, Inc.; the investment committee and Board of Directors for the management companies for the three Texas Women Ventures funds; Committee Member of the Southwest Venture Forum and, Dean’s Council, Haslam School of Business, University of Tennessee.