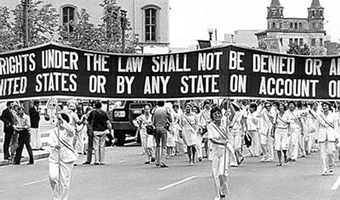 Phoenix is home to countless women making a difference in our community. Together, our speakers will explore how women make a difference by creating social change.

Joan of Arc. Mary Wollstonecraft. Harriet Beecher Stowe. Elizabeth Cady Stanton. Eleanor Roosevelt. Rosa Parks. What did they have in common? They were all passionate drivers of social change.

What made these women tick? And women like Betty Friedan, Oprah and Malala Yousafzai? Phoenix is home to countless women making a difference in our community. Four of them will take part in a discussion, part of the Amazing Women Series, exploring how women make a difference by creating social change.

Juliet Peters, Founder and Principal of Framework Legal and President of the Board of Prevent Child Abuse Arizona, will moderate a conversation between Sam Campana, Executive Director of the Scottsdale Desert Discovery Center, Kate Forbes, CFO of Electric Transportation Engineering Corporation and long-time International Red Cross leader, and Nora Hannah, Chief Executive Officer of Experience Matters, a broad initiative to engage talent and experience of adults age 50+ to help meet growing needs in the public and nonprofit sectors.

Juliet Peters is the Principal of Framework Legal, a law firm in Phoenix. After completing her JD, cum laude at ASU in 1998, she began her legal career as a civil litigator at a large Phoenix firm, tackling complex commercial disputes. She has worked in the public sector supervising 380 lawyers and staff statewide as the Division Chief Counsel for the Child and Family Protection Division of the Attorney General’s Office. She was Vice President and In-House Counsel for a large Phoenix ice cream franchisor. Juliet is an active member of the community - currently President of the Board for the non-profit Prevent Child Abuse Arizona. She is working to improve kinship foster care as part of the appointed FIRST Commission. She is on the board of the entrepreneurial members group Women at the Top. Previously, she served as a founding member of the O’Connor House Domestic Violence Committee project which helped establish the Diane Halle Center for Family Violence at ASU and spent almost a decade on the executive board of the Maricopa Chapter of the Arizona Women Lawyers’ Association,(“AWLA”) becoming president in 2005.

Kate Forbes, CPA, has been Vice President Administration and Chief Financial Officer at Electric Applications Inc., since 2010. She has held such Executive Level positions as Vice President and Controller of Arizona Public Service Company, responsible for all administrative and accounting functions for a $4 billion electric utility company and Senior Vice President and Western Operations Manager for Bank One Services Corporation, responsible for all deposit operations functions in the Western Region managing a staff of 1200 and an operation budget of $500 million. As Chief Financial Officer of eTec, Ms. Forbes was responsible for all of the financial reporting, H/R, administrative and treasurer functions. Directorships: American Humanics; Arizona State University Center for Non-Profit Management and Leadership; American Red Cross National Chair of Volunteers; Vice-Chair International Red Cross Finance Commission; Chair Audit & Risk Committee of the International Red Cross and Red Crescent Societies; Past Chairman CPA Examination Review Board; Past President of the AICPA Foundation; Past Member of the AICPA Board of Directors; Past President of the Arizona Society of CPA's; Past Vice Chairman of the American Red Cross Board of Governors. Awards: AICPA Public Service Award in 2005; Arizona Society of CPA's Public Service Award in 2004; Arizona State Society of CPA's Lifetime Member Award in 2000; American Red Cross Cynthia Wedel Leadership Award in 1999; American Red Cross West Region Leadership in 1994; among others.

Nora Hannah is CEO of Experience Matters, a groundbreaking initiative to engage the time, talent and experience of adults age 50+ to help meet the growing needs in the public and nonprofit sectors.Focusing specifically on the one million-plus Baby Boomers in Maricopa County, Arizona, Experience Matters strives to prepare the civic and social profit sectors in the creation of paid and unpaid opportunities for these experienced workers. Nora also serves as CEO of Landiscor, a national real estate information company she has co-owned and operated since 1997. Nora has been active in the Phoenix community for over twenty years serving as chairman of the YWCA, Valley Leadership and the Children’s Action Alliance.She is also the recipient of the 1999 Chamber of Commerce Athena Award and one of the 2015 Outstanding Women In Business from the Phoenix Business Journal.

Known for her love of the arts and the environment, Sam Kathryn Campana is a well-respected leader in Arizona. She was a Scottsdale City Council member for 12 years and Mayor from 1996-2000. Sam is one of Scottsdale Leadership’s four founders, and graduate of Valley Leadership Class V. Her vision and planning for an urban downtown Scottsdale -- an active waterfront, an ASU presence, an expanded public art program, a productive relationship with the Salt River Pima Maricopa Indian Community, and a connected open space from Scottsdale’s northernmost border to Tempe -- are all now coming to fruition. Sam’s first job was to help create Arizonans for Cultural Development (ACD) after serving on the founding Board of the Scottsdale Center for the Arts and its first woman president. Sam went on to be ACD’s first successful Executive Director, serving in that role for almost fifteen years. Sam has been appointed by four mayors, four governors and two presidents to serve on various arts & environmental boards and task forces. She was a National Endowment for the Arts Fellow in Washington, DC under Jane Alexander.She also studied public policy at the Kennedy School for Government at Harvard University in Boston.After an International Leadership Fellowship in 2001, Sam was recruited by the National Audubon Society to establish their state office, Audubon Arizona – and to head up a membership of 10,000 with nine active chapters, and an 8,000 acre Research Ranch. Under Sam’s leadership, Audubon Arizona completed a $7.3million campaign to build a nature education center on the banks of the Salt River on Central Avenue. Currently, Sam is helping coordinate the private sector side of the public/private partnership with the City of Scottsdale to get the long planned Desert Discovery Center built in the McDowell Sonoran Preserve Gateway.