Members & Friends - An Evening at DVF 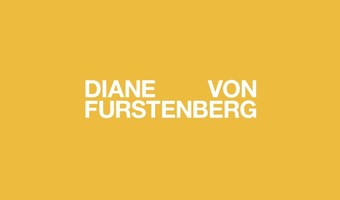 Join Ellevate Members and their guests to sip champagne with a dynamic group of professional women and enjoy 20% off DVF merchandise, gifts with purchase, and a DVF handbag raffle.

Ellevate Members, bring a friend and join us at DVF for a special private event. Enjoy complimentary champagne, light bites, 20% off DVF merchandise, and gifts with purchase.  DVF will also raffle off a handbag for a lucky guest.

If you'd like to bring a friend, please email orangecounty@ellevatenetwork.com and let us know her name.

Diane von Furstenberg entered the world of fashion in 1970 when she moved to New York and, two years later, founded her eponymous line. In 1974, the Belgium born designer created the wrap dress, which came to symbolize power and independence for a generation of women and helped establish Diane as a legendary and crucial fixture in the industry. By 1976, more than five million dresses had been sold and Diane, at only 29 years old, was featured on the cover of Newsweek.

In 1997, Diane re-launched the brand with renewed vitality, and went on to receive numerous accolades including the Lifetime Achievement Award from the Council of Fashion Designers of America (CFDA), of which she now serves as Chairman. Diane’s 2014 memoir, The Woman I Wanted to Be, has been translated into five languages, and in 2015 she was named one of TIME’s 100 Most Influential People.

DVF is located on Level 1 in the Saks Fifth Avenue Wing.