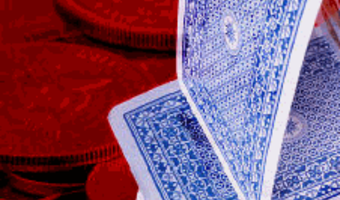 Every year, Fortune Magazine features an issue on the 50 most powerful women in business. Last year, Fortune supplemented this issue with a piece called &#8220;Where the Women Aren&#8217;t&#8221;, ...

Every year, Fortune Magazine features an issue on the 50 most powerful women in business. Last year, Fortune supplemented this issue with a piece called “Where the Women Aren’t”, which focused on the notable absence of women working in leadership roles on the investment side in the hedge fund industry.

On Wednesday, February 21, Chicago Financial Women, along with 100 Women in Hedge Funds, will host a panel discussion with three women who have broken this trend by rising to the top in this challenging field.

Susan Shaffer Solovay
Ms. Shaffer Solovay is the founder of Pomegranate Capital Management, LLC, a fund of hedge funds that invests exclusively with women hedge fund managers. Ms. Shaffer Solovay began her career in the financial services industry at E. F. Hutton, where she worked for David T. Johnston, a well known discretionary commodities and futures trader and the Chairman of the Commodity Exchange. While at E.F Hutton, besides trading soft commodities on a discretionary basis for managed accounts, she was an institutional futures broker and established trading relationships with many prominent traders and trading firms. She was an institutional broker at Prudential Securities, where she was a Senior Vice President from 1988 to 1997 and at Fimat Bank USA, a subsidiary of Societe Generale Bank S.A, as a Senior Vice President from 1997 to 2003. In 2001, she began advising the Safra Family Office, on alternative investments. In 2002, Ms. Shaffer Solovay founded a not-for-profit organization to raise funds and oversee capital improvement projects for Public School 6, a New York City elementary school with enrollment of 850 students. The Foundation raised over $750,000 and supervised and paid for both the expansion and renovation of the library at PS 6 and refurbishing the playground facilities and yard at the school. Ms. Shaffer Solovay graduated from the University of Pennsylvania.