Women in the World Texas Salon 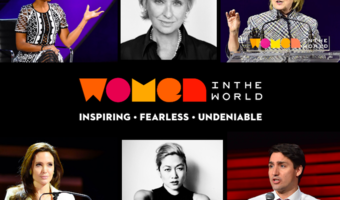 Women in the World and Ellevate are partnering for this special event. Registration is free and exclusive for Ellevate Achiever, Innovator and Executive Council members.

Women in the World is the premiere live journalism platform that brings leaders and champions together to increase social awareness of global issues affecting women.

In a signature blend of style and substance, women and girls from across the globe who are tackling the pressing issues of their time and the challenges of their cultures will share their personal stories and their pioneering solutions. New and powerful voices are interwoven with film, video, and brief performances, in a uniquely theatrical multimedia event.

Joining us in Dallas are the women we call “Persisters”; they never give up and persist in the face of extreme pushback and adversity.

Sponsors include Toyota, LG, and AT&T.