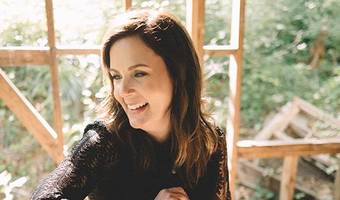 Sanctuary, Church of the Covenant
67 Newbury Street
Boston, MA 02116
US

Enjoy a unique and memorable concert with Grammy award-winner Lori McKenna and help women experiencing homelessness and poverty. V.I.P. ticket holders are invited to the AFTER-PARTY.

Sanctuary, Church of the Covenant
67 Newbury Street
Boston, MA 02116
US

Lori McKenna has become one of Nashville’s most in-demand country songwriters. Her songs have been cut by artists such as Alison Krauss, Reba, Faith Hill, Tim McGraw and Keith Urban, with chart hits like Hunter Hayes’ “I Want Crazy,” Little Big Town’s “Girl Crush,” “Your Side of the Bed” and “Sober.” Her credits have landed her five Boston Music Awards, BMI awards and featured performances at the Sundance Film Festival and the Newport Folk Festival. Along with her successes as a songwriter, McKenna has released eight critically acclaimed studio albums: Paper Wings and Halo, Pieces of Me, The Kitchen Tapes, Bittertown, Unglamourous, Lorraine and Massachusetts. Her latest album, Numbered Doors was named by Rolling Stone as one of the 40 Best Country Albums of 2014.