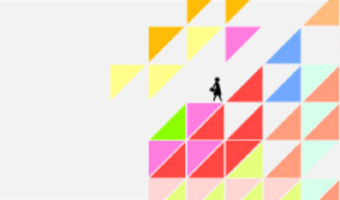 Eight years ago, The White House Project created the EPIC (Enhancing Perceptions in Culture) Awards to annually bring together over 400 prominent business, philanthropic, political and entertainment leaders to honor innovators who bring positive images of women’s leadership to the American public.

We will be honoring Sheryl WuDunn, co-author with Nicholas Kristof of “Half The Sky” and Arthur Sulzberger, Chairman of The New York Times Company will be presenting the award.

As part of the program we are excited to show an exclusive preview of Abigail Disney’s upcoming PBS Series, Women, War & Peace.

This year we will also present an Emerging Artist Award. Our Media Mover host committee is charged with nominating an emerging artist whose work enhances the perception of women’s leadership in our culture.

We will ask our online community to view an example of the artist’s work and vote for their favorite. The three finalists will be invited to EPIC 2010, with the winner receiving the award.

2010 will be the inaugural year of the EPIC After-Party. Complete with a musical guest, this fantastic night of celebrating women’s leadership in the media and in popular culture will conclude with a post-awards party at the IAC Building.

The EPIC Awards supports the work of The White House Project, a nonpartisan organization committed to enhancing public perceptions of women leaders and advancing a richly diverse, critical mass of women into leadership positions. Our nuts-and-bolts political leadership training program, Vote, Run, Lead has given over 9,000 women the tools to run for elected office and become community leaders. Through our leadership training program, we fill the political pipeline with some of the most underrepresented citizens in our political and civic sectors: 43% of our alumnae are women of color; 46% earn less than $30,000/year; and 70% are under the age of 35.