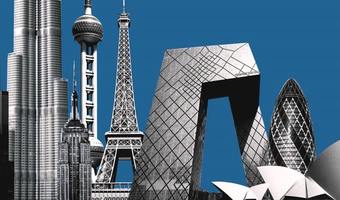 Join us for an exciting panel discussion bringing together diplomats, entrepreneurs and leading change-makers with the Greater NY Fulbright Chapter and Stella.

Join us for an exciting panel discussion bringing together diplomats, entrepreneurs and leading change-makers! The Greater NY Fulbright Chapter and Stella invite you to join us for a panel discussion centered on leveling the playing field through initiatives in entrepreneurship, technology, and policy. Featuring examples from policy implementation in Iceland to the Man Up Campaign, as well as the latest actions being taken by entrepreneurs around the globe, this event aims to spark original ideas about moving forward and highlight the crucial role of mentorship in these fields. After the debate, you will have the opportunity to network over drinks and light refreshments and enjoy the view from the 44th floor of The New York Times building.

Come join us for an evening of captivating conversation!

Einar Gunnarsson is the Permanent Representative of Iceland to the United Nations since 2015. He has a diplomatic career spanning for more than 20 years. Prior to his appointment, from 2009 to 2014, Mr. Gunnarsson was the Permanent Secretary of State at the Ministry for Foreign Affairs of Iceland. Also at the Ministry, he was Director and Chief Negotiator at the Department of International Trade Negotiations from 2008 to 2009 and Director of Human Resources for the Foreign Service from 2007 and 2008. Mr. Gunnarsson served as Deputy Permanent Representative and Minister-Counsellor at the Permanent Mission of Iceland to the International Organizations in Geneva from 2004 and 2006 and as Counsellor at the Embassy and Mission of Iceland to the European Community in Brussels from 2000 and 2004. At the Ministry for Foreign Affairs, he served in the Trade Department as First Secretary and Counsellor from 1998 and 2000 and as Legal Adviser and Deputy Director of the Defence Department from 1996 to 1998. From 1992 and 1995, he was a lawyer at the GÁJ Law Firm in Reykjavik. Mr. Gunnarsson holds a law degree from the University of Iceland.

Jimmie Briggs is a documentary storyteller, writer and advocate for racial and gender equity. A member of the New York City Mayor’s Gender Equity Commission, he is also an adjunct professor in social change journalism at the International Center of Photography in New York. He is the founder and executive director emeritus of Man Up Campaign, a globally-focused organisation to activate youth to stop violence against women and girls. This led to his selection as the winner of the 2010 GQ Magazine “Better Men Better World” search, and as one of the Women’s eNews ‘21 Leaders for the 21st Century’. Jimmie has served as an adjunct professor of investigative journalism at the New School for Social Research, and was a George A Miller Visiting Professor in the Department of African and African-American Studies at the University of Illinois: Champaign-Urbana. He’s a National Magazine Award finalist and recipient of honors from the Open Society Institute, National Association of Black Journalists and the Carter Center for Mental Health Journalism. His 2005 book Innocents Lost: When ChildSoldiers Go To War took readers into the lives of war-affected children around the world. His next book project is an oral history of Ferguson, Missouri in the wake of Michael Brown’s death in 2014. Jimmie holds a Medal of Distinction from Barnard College.

Flynn Coleman is the founding Fellow at the Grunin Center for Law and Social Entrepreneurship at New York University School of Law. She is an international attorney, a social entrepreneur, and an educator. She has spoken, written, and taught on issues of social impact and social enterprise, and improving access to justice and economic development through innovation. Flynn clerked for President Fausto Pocar of the United Nation's International Criminal Tribunal for the former Yugoslavia and for the Honorable Donald C. Pogue, Chief Judge of the United States Court of International Trade. She practiced at Willkie Farr & Gallagher in their New York, Paris, and Washington D.C. offices, specializing in anti-bribery FCPA law and internal investigations. She has worked as a legal deputy in Senegal and as a pro bono attorney with the Institute for Justice and Democracy in Haiti. Flynn has been named a Designed Good Changemaker, a Wisdom 2.0 scholarship winner, a Luce Scholar, a United Nations writing competition winner, a two time TEDx speaker, and the inaugural recipient of a Women in Sports award. She holds a BSFS from Georgetown University, a JD from UC Berkeley School of Law, and an LLM from the London School of Economics and Political Science.

Catalina Daniels has been an entrepreneur and CEO for the last 10 years. Before that, she spent 17 years with McKinsey & Company where she worked across the globe in transportation and media. She lives between New York and Antwerp and is active as a business angel. She advises start-ups in Europe and the US and recently co-created a program to scale European start-ups in the US in partnership with the Entrepreneurs Roundtable Accelerator. Catalina is a ‘commercial engineer’ from the Free University of Brussels and has a MBA from Harvard Business School. 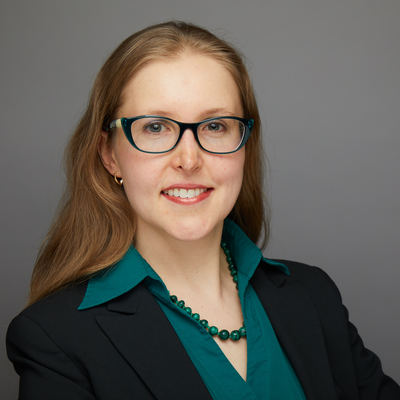 I can offer a $10 discount off the general ticket price, using the code FRIENDOFFULBRIGHT at checkout, for any Ellevate members that would like to join us. Thanks!