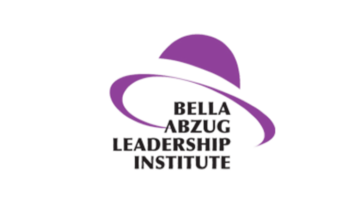 Women will run the 21st Century…. This is going to be the women’s century and young people are going to be its leaders.
~ Bella Abzug, 1997.

Bella S. Abzug (1920-1998) was one of the most influential female politicians and leaders of the late 20th century.

Congresswoman Bella Abzug was an activist her entire life. After an acclaimed career as a civil rights lawyer, peace activist and political organizer, the Hunter College and Columbia Law School graduate sought public office for the first time, at age 50, under her famous slogan: “This woman’s place is in the House – the House of Representatives.” She decisively won her election to Congress in 1970, beating an 18-year incumbent. In 1976, Ms. Abzug was the first woman from New York to run for the U.S. Senate. After losing the Senate race by less than 1%, Bella ran for Mayor of New York City in 1977, becoming the first woman ever to run for that office. She is credited with paving the way and opening doors to power for all women leaders in politics and government. A leader in the global movement for women’s rights, Ms. Abzug has been credited with “jumpstarting the international feminist movement.”

BALI is a not for profit 501(c)(3) leadership training organization. Founded by Bella’s daughter Liz Abzug, BALI is dedicated to inspiring and empowering young women and girls to lead the future. Training programs are provided - at no cost - to middle school, high school, and college students. Programs include professional debate training, public speaking, writing skills, mentoring, entrepreneurship, activism, and more.

Join us on May 8th, at the 12th Annual Bella and Bella Fella Awards, as we honor Gale Brewer, Manhattan Borough President, and Gary Ireland, Esq.

If you are unable to attend, please consider a donation to support our programs.