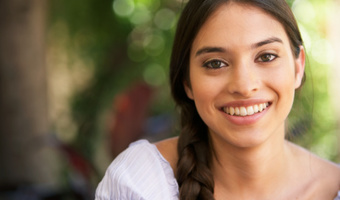 Don Juan in Prague starring the incomparable Czech singer, violinist and film actress Iva Bittova premiered in 2003 to rave reviews and standing ovations at Bard SummerScape in New York. A lively and contemporary adaptation of Mozart’s Don Giovanni, this new production in 2006 plays for an international tour as part of the worldwide celebration of the 250th anniversary of the composer’s birth. An official co-production of The National Theatre of the Czech Republic in association with The Prague Strings of Autumn Festival, Don Juan in Prague is fully a US-CZECH co-venture.

Directed and adapted by David Chambers-the award-winning international director of theatre and opera, and Yale University Professor-Don Juan in Prague remains entirely faithful to Mozart and DaPonte’s original score and libretto, but employs digital media, such as computer-generated music, graphics, and video to create a production with an edge. As Mozart’s fiery Donna Elvira, Iva Bittova is the centerpiece of the story. She improvises in her own unique manner, a musical and physical style that has enchanted audiences around the world, most recently at Carnegie Hall in New York (April 2005) and at Wigmore Hall in London (November 2005). A magical and iconic presence in her native country and beloved throughout Europe, Bittova has been described as “the soul of the Czech Republic.” The remainder of the cast-seven in number-is composed of international, award-winning opera singers of the highest caliber. This young and outstandingly talented group includes Metropolitan Opera baritone Christopher Schaldenbrand in the title role and Tony Award winner Lisa Hopkins as Donna Anna. The Prague-based Agon Orchestra, one of Europe’s foremost classical and contemporary orchestras, joins Iva Bittova and the production as a string quintet.

Led by conductor Petr Kofron, Agon plays instruments that are wired and digitally treated through a bank of computers by US-based New Zealand digital composer, Matthew Suttor. Iva Bittova’s voice is similarly processed, creating a unique and contemporary mode for presenting what many consider to be the greatest opera score ever written. Visually, the set, designed by American Darcy Scanlin, features the digital images of Czech photographers from the archive of the Museum of Decorative Arts in Prague. The images, at the hands of leading American videographer Peter Flaherty, are projected onto screens set inside a collage of imaginary Prague. Irina Kruzhilina, the brilliant young Russian-American costume designer, has joined the production in 2006 as well.

The opera is sung in Italian with amusing updated English recitative dialogue and a few trims (there is no chorus). Don Juan in Prague is a collaborative effort of American and Czech partners, above and beyond the artistic team, and participation is at the highest level. Our production partners include The Brooklyn Academy of Music and CEC ArtsLink in the US, and The National Theatre of the Czech Republic and The Prague Strings of Autumn Festival in the Czech Republic. The opera will open in Prague on Sunday, October 22, 2006 at the Estates Theatre, the site of the original 1787 Don Giovanni premiere. It will be a featured production of MOZART PRAGUE 2006, the year-long, city-wide festival celebrating Mozart’s “Prague” music. The production will then travel to the US, where The Guggenheim Museum will “showcase” Don Juan in Prague and star Iva Bittova as part of its distinguished “Works & Process” program, December 3-4, 2006. The artistic team will next go to Yale University for artistic re-rehearsal and campus workshops, November 27-December 2, 2006. Don Juan in Prague will conclude its tour at the Brooklyn Academy of Music, where-among the world’s foremost contemporary artists-the opera will close the 2006 Next Wave Festival and the worldwide celebration of Mozart’s 250th year, December 13-16, 2006.