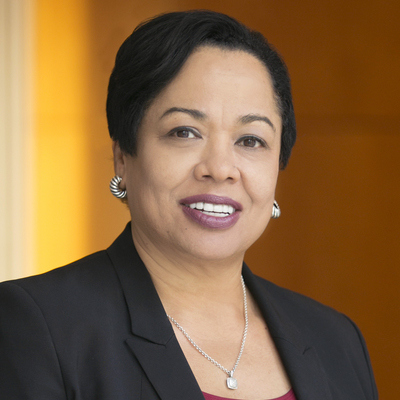 Introduce yourself to our audience. Tell us who you are and what you are currently focused on.

My name is Grace Speights and I’m the head of Morgan Lewis’s Labor and Employment Practice. After spending more than 30 years at the firm, it’s safe to say that I’m a lifer. I’ve had the privilege of running the Washington, DC, office and was the firm’s first African-American female partner.

Morgan Lewis continues to support me blazing trails, especially for our clients. I’m now leading a multidisciplinary team of lawyers across our firm’s offices who are focused on employers’ responses to the #MeToo movement, advising clients on everything from crisis management plans to independent investigations of allegations to workplace cultural assessments. The claims of sexual harassment in the corporate world that we have seen in the news present unique challenges for employers. The incidents are often alleged to have occurred at much earlier dates; they tend to lead to other claims surfacing; and they can create a workplace dynamic fraught with emotion and risk. Having counseled employers on discrimination cases and diversity issues, I have had a surge in companies approaching me in how to deal with this new reality. Beyond being prepared for potential investigations into specific claims, I have seen an increased interest in studies of workplace culture and employers wanting to be more transparent about what changes those studies may prompt.

We’d love to hear more about your career path. What led you to where you are today?

I grew up in a pretty poor neighborhood. South Philadelphia was a rough place to grow up, I often had to dodge bullets going to and from the neighborhood recreation center because of ongoing gang warfare. My mom worked in a drapery factory folding fiberglass draperies. She came home every day itching from all the fiberglass. She understood the value of hard work and always said that I had no choice but to be tough and that I had to do better than she had done.

I was planning to attend a small state university in Pennsylvania, but at a scholarship luncheon, my mother and I were seated at the lunch table with someone on the board of the organization who also happened to be a partner at a major law firm in Philadelphia. When he found out where I was planning to go to school he arranged an interview for me at the University of Pennsylvania, which is where I eventually attended on a full scholarship.

This background taught me both the value of hard work and the importance of having good people skills and more than a little good luck.

What is the most rewarding part of your job?

I really enjoy being a labor and employment lawyer. It’s a practice that involves dealing with people and not just disputes about money or commercial issues. Some of the stories that you hear in this line of work make you shake your head and laugh a great deal. You can ask my associates if it’s true, but I smile and laugh a lot.

Who are your role models?

When I was coming up as a young lawyer, there were not many other female lawyers of color in major firms. I was lucky to have partners at Morgan Lewis who took an interest in me and wanted to invest in me. I was one of two African-American associates at the time I joined Morgan Lewis in 1984, and the firm chair made it clear that he wanted to see us do well. His encouragement, along with the advice I was able to receive in confidence from Gerri Brawner, the only African-American partner at the firm back then, inspired me from the very beginning of my legal career. My formal assigned mentor at the firm, Mark Dichter, who was a partner in the labor and employment group at that time, also served as a tremendous mentor and resource. He took his mentoring role seriously and would reach out often to make sure that I was finding my way in the firm. Later in my career, Fran Milone, who is also a labor and employment lawyer as was the chair of the firm for quite some time, was instrumental in putting me in leadership positions with the firm, which gave me great visibility.

What advice would you offer future leading ladies wishing to break into your industry?

I would say to anyone that you have to put in the work. You need to lead by example and show people that you’re going to add value. Doing that puts you in a good position to be ready when those moments arise. It also means that once you’re in a position to mentor other people, you need to take time to do it.

What would you say your personal superpower is?

I’m very organized. I keep lists of lists, both at home and in the office.

What qualities does it take for someone to be successful in your line of work?

I think one of my greatest strengths is actually my people skills. Some of that comes from how I grew up and some of it just comes from being a mother. Often, I’m in a position where I’m trying to get people to play nice, whether it’s my kids or parties that are at odds in a case. There are different ways to approach this, but I find that in the cases and matters I handle often my style is to be the “good cop.” Regardless of what kind of interpersonal style suits you best, in terms of both cases and management, in the end it’s about taking varying — sometimes opposing — opinions and bringing them together to get some kind of consensus.

What is one of your most memorable career accomplishments?

In one of my more high-profile matters, I was retained by Paula Deen to help develop a crisis management strategy after she had been facing harassment and discrimination accusations for more than a year in the court system and was receiving negative press attention. Within a very short period of time after being retained by Paula, we were able to handle it, get it resolved, and take it off the front page of the newspaper.

What is your favorite social media site? Why?

Twitter. I can keep up with my clients, the news, and my firm all in short, easy-to-read digests.

Tell us about your favorite Ellevate Network memory or success story. Why are you a member?

Fostering a culture of growth for our women lawyers is a priority at Morgan Lewis, so the firm entered into an agreement with Ellevate that grants Morgan Lewis’s female lawyers access to Ellevate’s community of 90,000 women and resources. While our partnership is still in its infancy, Ellevate’s broad-based program complements our existing ML Women initiative (I was a founding member, served as its first chair, and remain a member of the Steering Committee), which provides business development and client interaction opportunities to our women lawyers at all stages of their careers.

Meet experts like Grace to talk about how to use these ideas in your career:
I'm Ready to Meet the Community